This First-Class Crew Rest Area Will Give You Cabin-Envy 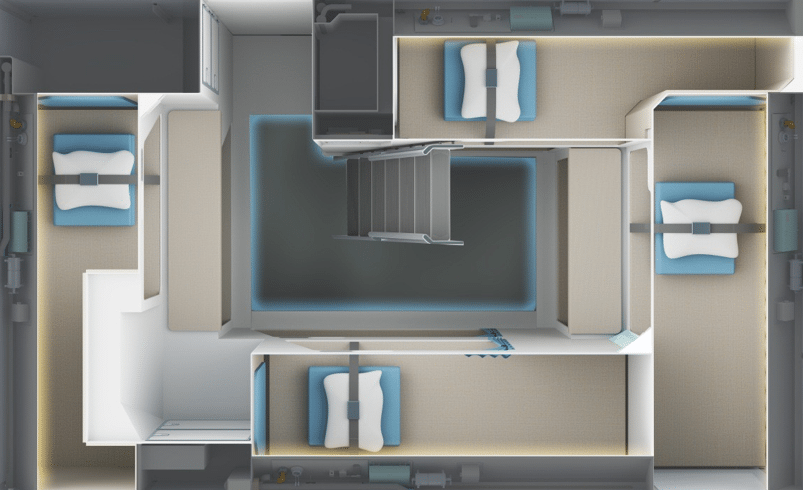 Some lucky flight attendants will soon get first-class accommodations on long-haul flights, which are bound to give passengers sleeping upright in Economy some serious cabin-envy.

Zodiac Aerospace’s Zodiac Galleys Europe division has given us a sneak-peek (ahead of the big reveal at the Aircraft Interiors Expo in Hamburg) of its next generation crew rest area which aims to give tired flight attendants the best possible rest during their breaks.

Zodiac Galleys Europe has produced Lower Deck Mobile Crew Rests (LDMCR) for the Airbus A330 and A340 aircraft since the 1990s, but designed this next-generation crew rest from scratch. The manufacturer indicates that it wanted to start with a clean slate for the next-generation of aircraft. It dreamed-up this new product based on the preferences expressed by a team of 30 flight attendants from four continents who shared their experiences of existing products.

“The goal was not only to improve on quantitative aspects such as cost and weight, but also to enhance the user experience,” a spokesperson for Zodiac Aerospace states. “In every step of the process users were involved. The extensive research provided a thorough understanding of the factors which influence how users experience crew rests.”

The manufacturer combined materials and lighting to enhance the crew’s perception of space. Each bunk has its own inflight entertainment, light, and air conditioning. The manufacturer also focused on safety features to ensure, for example, that sleeping in stacked bunks doesn’t pose a risk to crew if the aircraft encounters turbulence.