If you’ve ever tried to book a mileage ticket on a UK based carrier like British or Virgin Atlantic, you know fuel surcharges well. Often totaling hundreds of dollars, the extra fees are added to both revenue and award tickets alike, and they’re supposed to help the carrier make up for outrageous fuel prices. Back when oil was at $120/bbl that made sense. Now that it’s back to $65 though, people are starting to ask questions.

Considering the fee bonanza that airlines are currently on, I’ve long conjectured that airlines would be loathe to give up the icing on their cakes. At least one airline, though, has a conscience: JAL. Starting February 1, the Japanese carrier will be lowering their fuel surcharges to match the actual price of oil, ostensibly cutting into their profits but also providing an honest take on the fees.

Good on JAL. Let’s pressure the other carriers to do the same.

American Airlines Dreamliner Late on Delivery as Luxury Seats Run Late: Boeing Co. is at risk of missing its 2014 delivery target for the 787 Dreamliner, the model plagued by development delays, as it waits on luxury seats that are as costly as a Ferrari and as complex to build as a small car. Read more at Skift

Qantas Executive Team in Biggest Shakeup Since 2012: Qantas Airways Ltd. executives in charge of the domestic and international full-service units will leave the company and a new chief financial officer was named in a management shake up at the Australian carrier. Read more at Skift The Company That Wants to Bring New York Airports Back to Their Former Glory: These empty, confusing spaces that bookend trips to New York City have long been a blight on visitors’ and locals’ travel experience. Read more at Skift 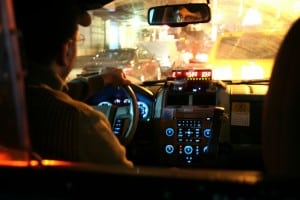 End of Berlin-Paris Sleeper Train Signals Last Call for Europe’s Night Trains: German railway company Deutsche Bahn is ending the sleeper service between Paris and Berlin this week, citing unsustainable losses. The service has been running since before World War II, and used to go all the way to Moscow. Read more at Skift

The Emerging Loyalty Trends Changing the Travel Industry: How is loyalty changing in the modern world, and how is it changing specifically for travelers and travel brands? Read more at Skift InterContinental Hotels Group to Acquire Kimpton Hotels for $430 Million: Boutique and lifestyle properties are the hottest segment in the hotel industry and with the acquisition IHG gets a foothold for an enhanced position in the segment. Read more at Skift

Dubai Knows It Has an Unhealthy Luxury Hotel Imbalance: A company owned by Dubai’s government plans to open four hotels in the sheikdom next year to expand the supply of mid-priced rooms in a market dominated by luxury accommodation, its chief executive officer said. Read more at Skift

Here’s What Virgin America’s Elevate Members Will Get at Virgin Hotels: All Virgin America Elevate members will receive 1,000 points per stay at Virgin Hotels. They will also get a special introduction offer of double bonus points for stays from January 15 to March 31, 2015. Read more at HotelChatter

Most Expensed Business Travel Day of the Year Will Be December 15: Finance departments in the U.S. likely are bracing themselves for the busiest day of the year, December 15, as business travelers’ expense submissions are likely to hit their annual peak. Read more at Skift

Every travel blogger on this side of a $4.99 WordPress theme was invited to the White House for a summit this past week. See the lukewarm-reviewed YouTube video summing it up here.

Can be sent to gm@skift.com and @grantkmartin. We publish the Business Newsletter twice a week on Tuesday and Thursday.