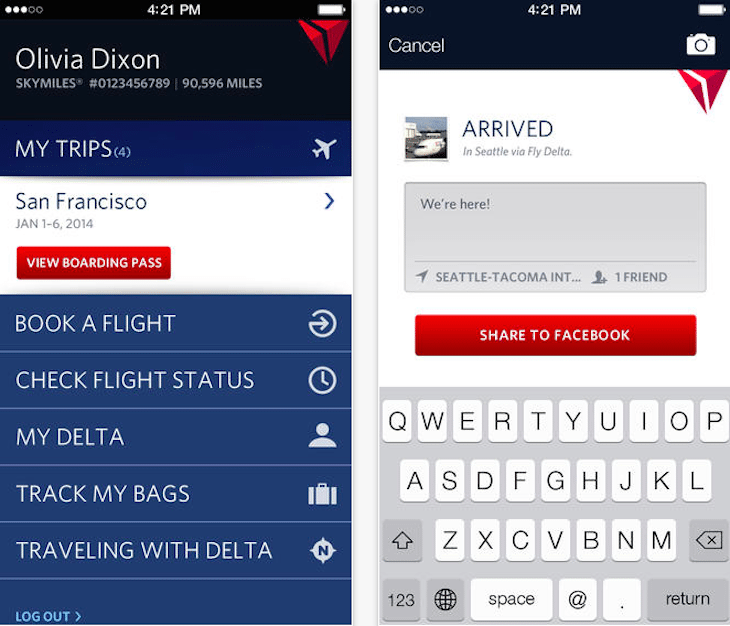 Skift Take
When it comes to performance-tracking of their mobile initiatives, more than one third of airlines surveyed by SITA indicated they don’t track them. Their priorities obviously are elsewhere, but this is at airlines’ own peril.
— Dennis Schaal
Share
Tweet
Share
Post
Send

The percentage of global travelers checking-in for flights using their mobile devices has been growing, but the adoption rate in 2014 is only about half of what airlines expected in 2010.

That’s one of the findings in a new SITA report, Airline IT Trends Survey 2014, which found that 4.6% of passengers on average use mobile check-in globally. The survey was published in cooperation with Airline Business.

Even the advent of apps such as Apple Passport and Google Now, which streamline mobile flight check-ins, have failed to raise check-ins to the level that airlines expected in 2010.

“Nevertheless, some airlines have been more successful than others in driving adoption of mobile check-in,” the report states. “Low cost carriers in particular have nearly reached the predicted adoption rate, averaging at 9% of passengers, and some airlines reach highs of 15% usage already.”

Overall, the SITA IT survey found that only around 40% of airlines believe that mobile services are performing “as expected.” The survey also queried participants about their expectations for things like revenue generation, personalization acumen and downloads from mobile devices, and astoundingly found that more than one third of airlines don’t even track such performance indicators.

So much for airlines’ Big Data priorities.

On methodology, SITA sent questionaires to 200 airlines around the world, and respondent airlines carry around 50% of the world’s passenger traffic.