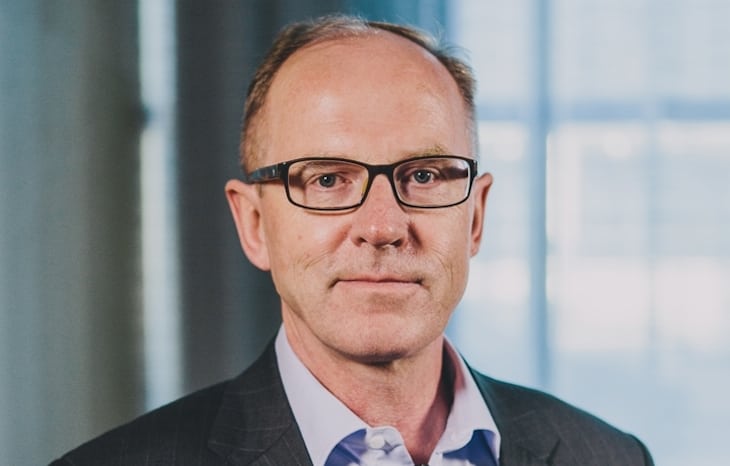 Skift Take
Finnair is trying to reinvent itself, in part by taking a hard look at 10 to 20 second-tier cities in China, as well as routes in other parts of Asia. What happens, though, when larger competitors get around to taking up some of the same opportunities?
— Dennis Schaal
Share
Tweet
Share
Post
Send

While competitors are focusing on major cities in China, Finnair has embarked on a strategy of also flying to second-tier cities such as Chongqing and Xi’an, and it is going outside its own ranks to serve customers originating from China with subcontracted cabin crew for linguistic and cultural reasons.

Skift caught up with Finnair CEO Pekka Vauramo days before he was to mark his first year in the post on June 1, 2014, and discussed the airline’s strategy and efforts to remake its cost structure and product.

Skift: I understand that next week is your first anniversary at Finnair. What would you say is the airline’s biggest accomplishment over the last year?

Pekka Vauramo: New openings in China and Asia I would really rank high. We opened last year Hanoi, Vietnam, and Xi’an in China. I think they are important and both of them very interesting, new destinations for us. Primarily because it is a second-tier city in China, and we’ve been flying up until two years ago only places like Beijing, Shanghai, Hong Kong, but then we opened Chongqing two years ago and one year ago Xi’an and we had a fairly strong start for our Xi’an flight, which is important for our future.

Skift: For while you’ve been going after under-served markets in Asia. Is it too soon to say what you’ve learned from the experience so far?

Vauramo: It might be too early. What I’m saying it is important — the experience from Xi’an especially, and Chongqing, as well — is that these are the first second-tier cities that we’ve opened. There are about 10, 15 or 20 cities like that in China and regions around them, which are in a way under-served at this moment. There are a lot of opportunities there going forward in cities like that.

Skift: Why have they been so under-served?

Vauramo: I don’t know what the root cause is really, but China continues to open up all the time. Officially it is very open already, but airlines have been busy with major cities and have been somewhat reluctant to open up these direct flights to these provincial cities.

Skift:  Do you see Finnair as Europe’s gateway to Asia, and what would position Finnair to fill that role?

Vauramo: We do have a good location here. We can do 24-hour rotation of aircraft from Helsinki, which is a huge productivity and efficiency issue for us. We can fly our widebody fleet with very high utilization. We can fly within the same day, within 24 hours to Asia and back here, and use the same aircraft if we so choose to do it again the following day. It keeps the scheduling very simple and we can stick to the same timetables. We don’t have to slide the timing. We can fly every day on the same hour from this end and from the Asian side, and it works pretty well here.

Skift: How does an older national carrier like Finnair compete against the regional low cost carriers and some of the new, state-backed airlines like Etihad?

Vauramo: Of course, if we make comparisons with Gulf carriers like Etihad and we look at those destinations where we fly in Asia, and we look at northern Europe going via the Gulf to northern Asia then it is quite a detour that you would have to take. It is something like five to eight hours more traveling time and transfer/transit time in the Gulf region. So we see it’s a much better connection, a much faster connection and for sure it is also a lower cost connection, after all, because of less flying time and less fuel being burned.

Skift: What advantages does Finnair’s membership in oneworld bring you on these international routes?

Vauramo: Of course, good connectivity and the entire oneworld network that is available. And then we started during the past year, two joint businesses (joint ventures), one on the Atlantic flights together with British Airways, American Airlines, Iberia. And then in the beginning of April this year we started Europe-Japan flights together with Japan Airlines and British Airways, a similar joint business. All of these flights are now available in each of our sales systems, and we are equally cross-selling tickets to each other’s planes, and that has meant a lot more destinations, for example,  for our customers, Finnair customers. They can see very destination, wherever these airlines are flying, either in Europe, Japan or North America.

Skift: What has your experience been like in emphasizing Finnish culture in the design of your lounges?

Vauramo: Of course, Finnish design is characterized by, I would say, fairly simple design. A modern design at the same time, colors that primarily come from nature. I think that is something that is very typical Finnish. And, of course, we want to extend this theme, not only keep it in our lounges but extend it to our aircraft and the livery on our aircraft.

Skift: I read that you have outsourced maintenance work and you are talking about outsourcing some of the cabin crew operations. Is that going to give your customers confidence in your standard of service and consistency and that sort of thing?

Skift:  So it is not only as a cost-cutting scheme, but it is also a customer service-oriented endeavor?

Vauramo: Absolutely customer service, and to a certain degree also, if worse comes to worse, it is a safety issue, as well, because the cabin crew will need to be able to communicate with various languages. We have such a majority on our Japan filght and some of our China flights, the majority of passengers are originating from those countries, it is important that we have those language skills on board the aircraft.

Skift: What are your goals for year two as CEO?

Vauramo: As an airline, we are very focused on reducing our cost level, finding a competitive cost level throughout our network. That is what we are focusing on as we speak. But, increasingly we are also looking at renewing our commercial strategy, renewing our product, renewing our pricing, and making product upgrades. We have upgraded our business class seat. We are somewhere half way through the program right now. We do have these lie-flat seats available on many of our Asian flights already and we’ll complete that program before the end of this year.

We look very much forward to introducing new things during this year, and hopefully also we can serve our customers better and hopefully customers are happy to pay better prices for the services and for the tickets that we make available to them.

Skift: What is the status of new aircraft orders?

Vauramo: We are getting prepared for the delivery of new Airbus A350s. We are the first European customer to get those airplanes during the second half of 2015 so that will be something like 15 months away from now when we are supposed to receive the first one. We will get four of those aircraft in 2015 and three in 2016, and four again in 2017. Then our product will be fully overhauled when the new aircraft come. We are very excited about that and are getting prepared on our end to receive the delivery of those. I am sure customers will like that, as well.