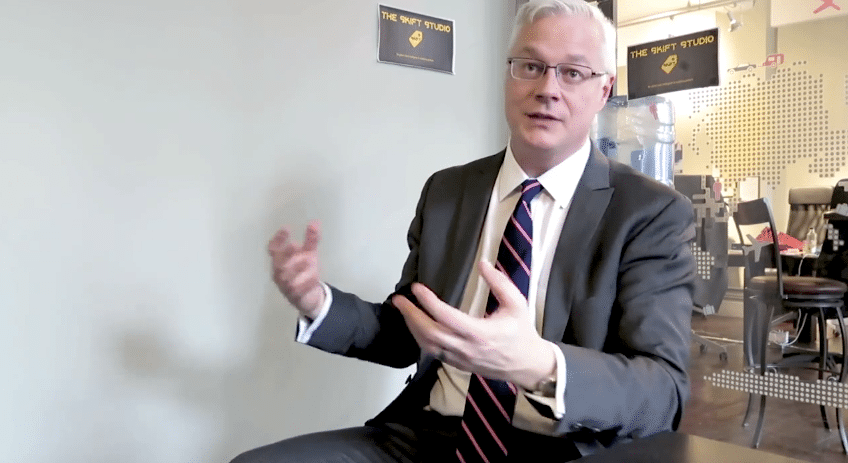 Skift Take
Vancouver Airport hasn’t found its footing yet in social media, and for an airport with so much to offer, that would be a sensible next step.
— Dennis Schaal
Share
Tweet
Share
Post
Send

Vancouver International Airport (YVR), renowned for its native art, waterfalls, streams, and blue and green hues, has to balance its local feel and design sensibilities with more practical matters.

The governing Vancouver Airport Authority, as a not-for-profit entity, doesn’t receive any government subsidies and therefore has to pay its own bills.

Craig Richmond, the president and CEO of Vancouver Airport Authority, is charged with refereeing the competing pressures, and he talked about this dynamic, as well as the airport’s use of social media, free Wi-Fi, and other topics during a SkiftStudio interview in Manhattan last month.

“You’ve hit upon a fundamental point of conflict,” says Richmond, who’s been at the top post at Vancouver Airport since July 2013 and previously served as CEO of airports in Liverpool, Nassau and Cyrprus, among others. “There is always a conflict in an airport between wayfinding and marketing.”

As a not-for-profit, Vancouver reinvests revenue back into the airport’s operations, and made headlines in March when it sold 74 passport-control kiosks that it developed to Atlanta’s Hartsfield-Jackson International Airport.

Despite the mandate to generate revenue, Vancouver Airport offers free Wi-Fi throughout the facilities, and doesn’t charge for baggage carts.

“The biggest problem is you have someone around the corner downloading movies,” Richmond says of the usability of the Wi-Fi.

And, he has some sympathy for international visitors. “What are the odds that someone getting off from Chengdu has a Canadian dollar or coin” for a baggage cart,” Richmond asks.

For the arriving visitor from Chengdu, at least, Vancouver Airport is probably balancing local and retail just fine.

Here are excerpts from the SkiftStudio interview: