Hilton Revenue Jumps, Driven by Both Business and Leisure Travel

The hotel and travel industry in the United States, from where Hilton gets most of its revenue, has benefited from returning confidence in the economy.

PricewaterhouseCoopers said in December it expected room rates and occupancy to rise further in 2014.

Hilton reported a 4.7 percent rise in total revenue per available room (RevPAR) at hotels open at least one year.

RevPAR is calculated by multiplying a hotel’s average daily room rate by its occupancy rate. 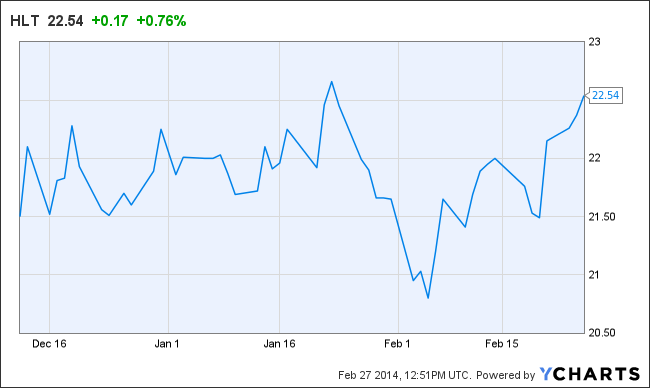 Hilton, founded in 1919 by Conrad Hilton, went public in December and raised more than $2.3 billion in 2013’s second-biggest IPO.

The company, whose brands include such high-end names as Conrad and Waldorf Astoria, operates in 90 countries and has more than 4,000 hotels and 670,000 rooms under its umbrella.

Hilton’s shares closed at $22.54 on the New York Stock Exchange on Wednesday. They have gained 2 percent since their debut on Dec. 13.