Norwegian Cruise Line Seeks to Distinguish Itself from ‘Inferior’ Competitors 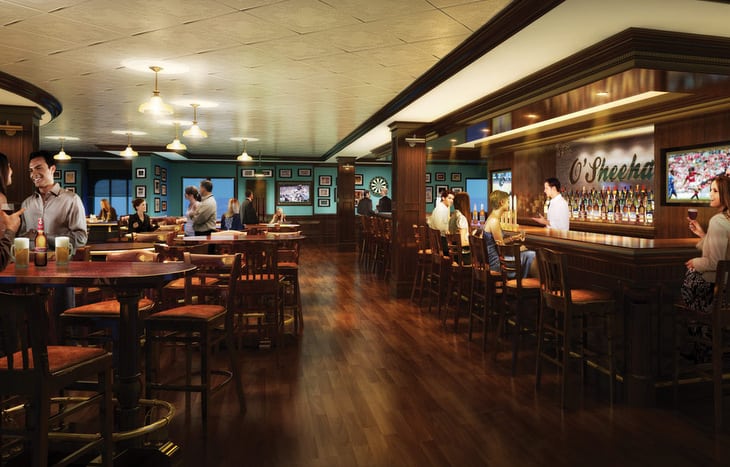 Skift Take
NCL is building a big niche with its new Breakaway and Getaway sister ships, but it is tough to compete when larger rivals have the resources to arrive in new destinations first, and with more scale.
— Dennis Schaal
Share
Tweet
Share
Post
Send

Earlier this week, Norwegian Cruise Line CEO Kevin Sheehan sought to draw a distinction between his cruise line — with its “free-style cruising” proposition — and competitors Carnival and Royal Caribbean.

He referred to them several times as “inferior,” and each time he sort of took it back, adding that he was joking about the name-calling.

In addressing the media January 28 on board NCL’s newest ship, the Norwegian Getaway, during a preview cruise for the press and travel agents, you had a feeling that Sheehan, the NCL CEO, wasn’t fooling around about his larger rivals.

His cruise line, with its 13 ships, only commands about 10% global market share, compared with 50% for Carnival and 30% for Royal Caribbean, Sheehan said.

The Getaway, which can carry around 3,970 passengers, is the line’s first to homeport in Miami, and it will conduct 7-day Eastern Caribbean cruises year-round starting next month.

NCL, which raised $447 million in its January 2013 initial public offering, has notched 21 consecutive quarters of both EBITDA and margin growth, Sheehan said, adding that financial results at the “other two companies” have been flat over the last seven years.

“We certainly have the right proposition,” Sheehan said about offering resort-style, flexible vacations with relatively informal garb acceptable at dinner, and an absence of rigid seating times. “We just need to do a better job of communicating it.”

The cruise industry started out with a “Catskill formula,” Sheehan said, where cruisers saw the evening show, and then went back to their cabins to go to sleep after.

But, on the Norwegian Getaway on Tuesday, for example, when the Burn the Floor Latin dance performance finished around 11 p.m., the bars and casino remained open, and Grammy Award-winner Nestor Torres and his jazz/Latin group performed in the Getaway’s Grammy Experience club, wrapping up around 12:30 a.m.

“Our ships have stuff going on into the early morning hours,” Sheehan said.

Sheehan describes a crisis-like situation at NCL, which was founded in 1966, when he took over as CEO six years ago. The cruise line’s balance sheet was a mess, the technology was antiquated, and “we had no credibility with our bankers,” Sheehan said.

“First I had to fix the business,” Sheehan said, fixing the balance sheet, taking the company public, and then exercising “better control” of the line’s destinations.

Cendant acquired Budget in 2002 to take out a low-price competitor, “but then Dollar Thrifty and Alamo came along. You can’t do it that way.”

Sheehan believes NCL has a great opportunity to make headway, but admits the line can’t be as aggressive in its expansion efforts in regions such as Asia as Carnival and Royal Caribbean can be because NCL doesn’t have the pocketbook of the other two.

Still, you have to wonder whether “cruising like a Norwegian,” the line’s mantra, with “more choices of what to do and see, and more freedom to do it your way,” will be enough to make a difference for NCL.

The passenger experience on the Getaway in many ways didn’t seem radically different from other large cruise lines even though there was a bit less formality.

Yes, the Burn the Floor performance was edgy, the Grammy Experience Club is the Grammy’s first outside entertainment partnership and Grammy Award winners and nominees will rotate in and out, the Swedka & Inniskillin Ice Bar will provide a very cool break from Eastern Caribbean’s rays, and there is a Ropes Course on deck 17 with a plank that extends eight feet over the side of the ship.

Still, there wasn’t much tech-wise on the ship that would be a lure for the next-generation cruiser. There were a couple of large touch-screens on the ship to make dining reservations or to track onboard entertainment, but the cabins didn’t feature much besides a quartet of outlets over the desk, and the Wi-Fi was subpar.

Sheehan is making inroads, but despite what he describes as “the newest, nicest, best-est ship we have,” game-changers don’t appear to be on the horizon.