The FAA’s New Ruling Is Playing Out Well for Gogo

The extra time at take-off and landing means more time on your device, but it doesn't help Gogo: It doesn't kick in until 10,000 feet.

The U.S. decision to allow greater use of electronic devices on flights is “another favorable tailwind” for Gogo Inc., the internet provider for 80 percent of the U.S. commercial aircraft fleet, its chief executive told Reuters on Thursday.

“If people have their device out, it’s much more likely they’ll use it,” CEO Michael Small said in an interview.

But the move, announced by the announced by FAA administrator Michael Huerta, could yield benefits over the long term if the U.S. move is followed by other nations’ regulators, Small said. 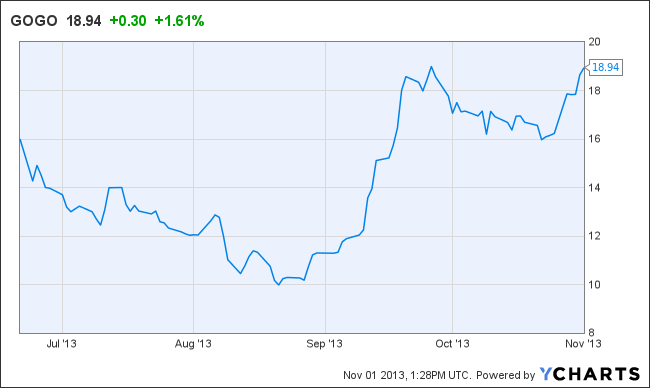 Revenue gains directly attributed to the FAA decision won’t be significant largely because WiFi use is already growing so rapidly, Small said.

Shares in Gogo rose more than 6 percent at one point Thursday in the heaviest traded volume in a month, and in late trading were up 5.4 percent at $18.80.

Itasca, Illinois, based Gogo on Monday signed a contract with Japan Airlines to provide in-flight internet service on the carrier’s domestic fleet.