As Google and a crop of smaller startups attempt to crowdsource local reviews and recommendations, Yelp's legacy and continued growth keep it ahead of the curve. But that might not be enough for shareholders who want to see profits more than potential.

Yelp was more focused on touting its mobile growth and international expansion than discussing a crop of competitive startups or its growing losses during its third-quarter earnings call earlier this week.

The go-to site for local business and restaurant reviews reported quarterly revenue of $61.2 million, up 68 percent year-over-year, but its quarterly net loss widened to $2.3 million, causing shares to stumble around 6 percent.

Yelp has been working to increase mobile engagement and said approximately 62 percent of searches and 46 percent of local ads are now mobile.

Executives say that 18 percent of traffic now comes from outside of the U.S., up 98 percent year-over-year.

This growth and Yelp’s almost 10-year history give executives the confidence to dismiss Google’s efforts in building local. Yelp CEO Jeremy Stoppelman says Yelp’s “highly differentiated content” is something that Google has not yet matched with Zagat or Frommer’s.

“…the playbook that we have is quite unique and extremely difficult to replicate. And so with Google’s latest effort, I don’t really worry too much that it’s suddenly makes Google a fun destination where people want to volunteer a lot of their time to writing really high-quality reviews in 111 different markets across the world.”

Yelp was surprisingly quiet about the impact of Apple’s integration of Yelp content into its maps products a year ago.

It was not mentioned during yesterday’s earnings call and when Skift questioned Yelp about the impact of the partnership, a spokesperson said, “We are delighted to be working with Apple and partnering with their Maps product but we do not have any information or metrics to share at this time.” 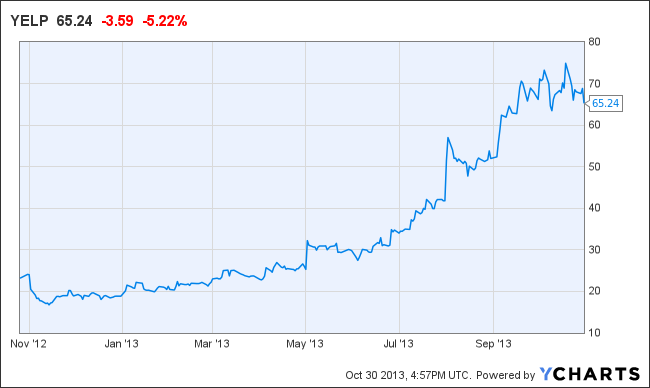