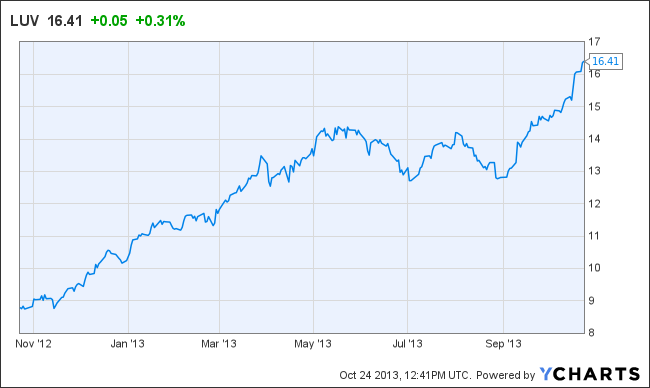 Excluding special items, the company said profit was 34 cents a share, in line with what analysts had expected on average, according to Thomson Reuters I/B/E/S.

Subscribe Now
Tags: earnings, southwest airlines
Photo Credit: Southwest Airlines is ready to celebrate its first minute of freedom from the Wright Amendment at Dallas Love Field, even though it's a year away. The Dallas-based airline is unveiling a countdown clock today at its headquarters, reminding employees, passengers and North Texans that starting on Oct. 13, 2014, it will be able to fly nonstop anywhere in the U.S. from its Love Field home. Joyce Marshall / Fort Worth Star-Telegram/MCT