Skift Take
Taking an airline from a $238 million Q3 loss to a $289 million Q3 profit in one year is usually a cause for celebration, but in this case, American’s strong rebound from bankruptcy could hurt its chances in completing a merger with US Airways.
— Samantha Shankman
Share
Tweet
Share
Post
Send

The U.S. Justice Department sued to block the merger in August, and a federal trial in the case is set to begin next month. 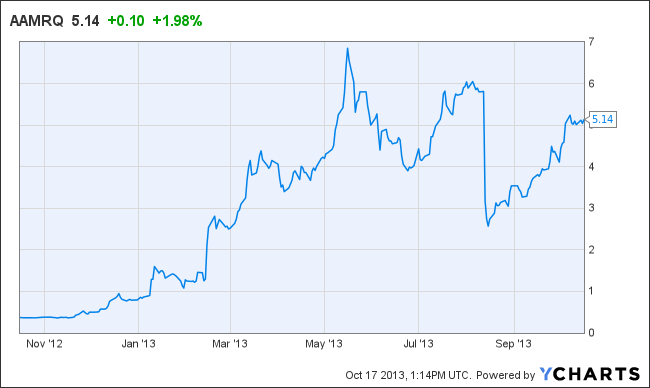 Subscribe Now
Tags: american airlines, us airways
Photo Credit: Pilots talk as they look at the tail of an American Airlines aircraft following the announcement of the planned merger of American Airlines and US Airways, at Dallas-Ft Worth International Airport February 14, 2013. Mike Stone / Reuters