This national treasure attracts about 4 million visitors a year, but on Tuesday it became a high-profile example of the federal government shutdown.

No new visitors were allowed in. As a result, Congress members collectively got called plenty of bad names by upset tourists who were turned around by park rangers at Yosemite’s south entrance along Highway 41.

Ron and Laura Kane of Houston first heard of the possible shutdown Monday night while waiting in an airport terminal on their way to Yosemite.

“A place like this, we should be able to enjoy it,” Ron Kane said. “We’re terribly disappointed with all the idiots in Washington.”

Park entrances remain open to through traffic, Yosemite spokesman Scott Gediman said — Tioga Road, for instance. The roads leading to Glacier Point and the Mariposa Grove of giant sequoias along Highway 41 are closed.

The Kanes planned to enjoy the park through Friday — during what would have been Laura Kane’s first trip to Yosemite. The couple was then hoping to go to Sequoia and Kings Canyon National Parks, which were also closed in the shutdown.

“I love the U.S., but the Congress makes me crazy sometimes,” Laura Kane said.

The couple was unsure of what to do next.

Jim Jennings of Los Angeles had harsher words when stopped at the south entrance after a long drive from Southern California.

A portion of Congress is acting as “terrorists holding the country hostage” in an attempt to prevent health-care reform, Jennings said, referring to conservative Republicans looking to undo Obamacare. “I think it’s totally unacceptable.”

Ironically, Yosemite was honored Tuesday with a Google Doodle marking the park’s 123rd anniversary. A Google spokesman told CNN the juxtaposition was unintentional. 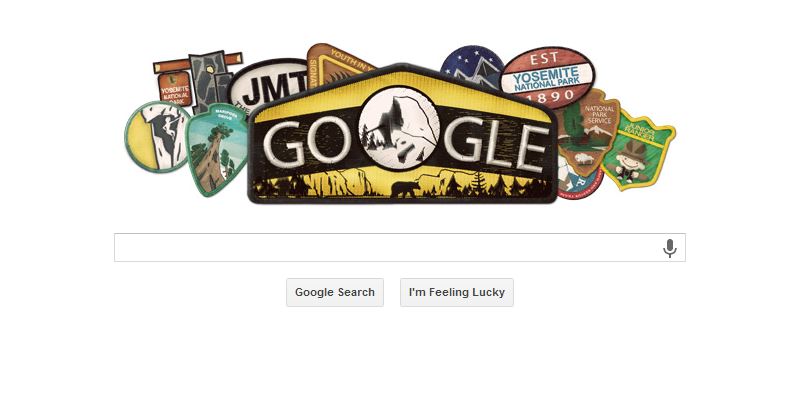 About 600 park employees were furloughed Tuesday. About 150 employees remain on duty, Gediman said, including law enforcement, facilities maintenance — such as electricity and sewer — and emergency medical service.

Yosemite has about 1,250 rooms between its five hotels and camps, and visitors are getting help with rescheduling or refunds, said Lisa Cesaro, Yosemite’s Delaware North spokeswoman.

The government shutdown is a blow to the park’s gateway communities that depend on the $380 million a year in tourist dollars that Yosemite generates, Gediman said.

Bill Putnam, manager of Oakhurst’s Best Western Plus Yosemite Gateway Inn, had more than a dozen cancellations by early Tuesday afternoon due to Yosemite’s closure.

“It would be nice if our congressional leaders got their act together and started acting like adults instead of children,” Putnam said. “It’s definitely going to have a negative economic impact … The economy (in the gateway communities) is tied to to tourism, and if we’re not bringing in tourist dollars, it’s going to have a trickle-down effect.”

The impact from more than 1,600 employees being laid-off or furloughed between the park and its concessionaire will affect 25% of the work force in Mariposa County, said Kathy McCorry, executive director of the Mariposa County Chamber of Commerce.

She noted that the closure follows the Rim fire, one of the biggest blazes in state history. The late-summer fire burned near Yosemite for weeks and scared off tourists.

“With Yosemite gateways still reeling from the Rim fire, a government shutdown that forces Yosemite National Park to close will hit this region with a one-two punch that will have crippling effects to our communities,” McCorry said. “It will take years to recover.”

McCorry said that during the last federal government shutdown that began in the winter of 1995, lodging occupancy dropped by 80% in Mariposa County, and the park’s concessionaire lost between $200,000 and $300,000 a day. The chamber is urging its residents to contact Rep. Tom McClintock, the Republican whose district includes the Sierra national parks, to complain.

National Park Service officials said that during a government shutdown, communities near parks nationwide collectively stand to lose about $76 million a day in sales.

“It’s a tough thing,” Gediman said. “One thing we’re finding is international visitors are caught off-guard because a government shutdown is not something they really follow or know about.”

A carful of Germans were among many international tourists turned away from Yosemite on Tuesday. Adam Presley, a construction worker, gave them directions to a gas station.

“It was upsetting, disappointing,” he said of their reactions. “They came to see the beauty here, and they can’t.”

Sequoia and Kings Canyon National Parks: The parks, like Yosemite, closed to new visitors on Tuesday. Woody Smeck, superintendent of Sequoia and Kings Canyon National Parks, said campers and those lodging in the park have until 3 p.m. Thursday to leave. The parks are furloughing 284 employees, leaving 63 on duty for security and emergency services. The parks normally host close to 4,000 visitors a day in October, Smeck said.