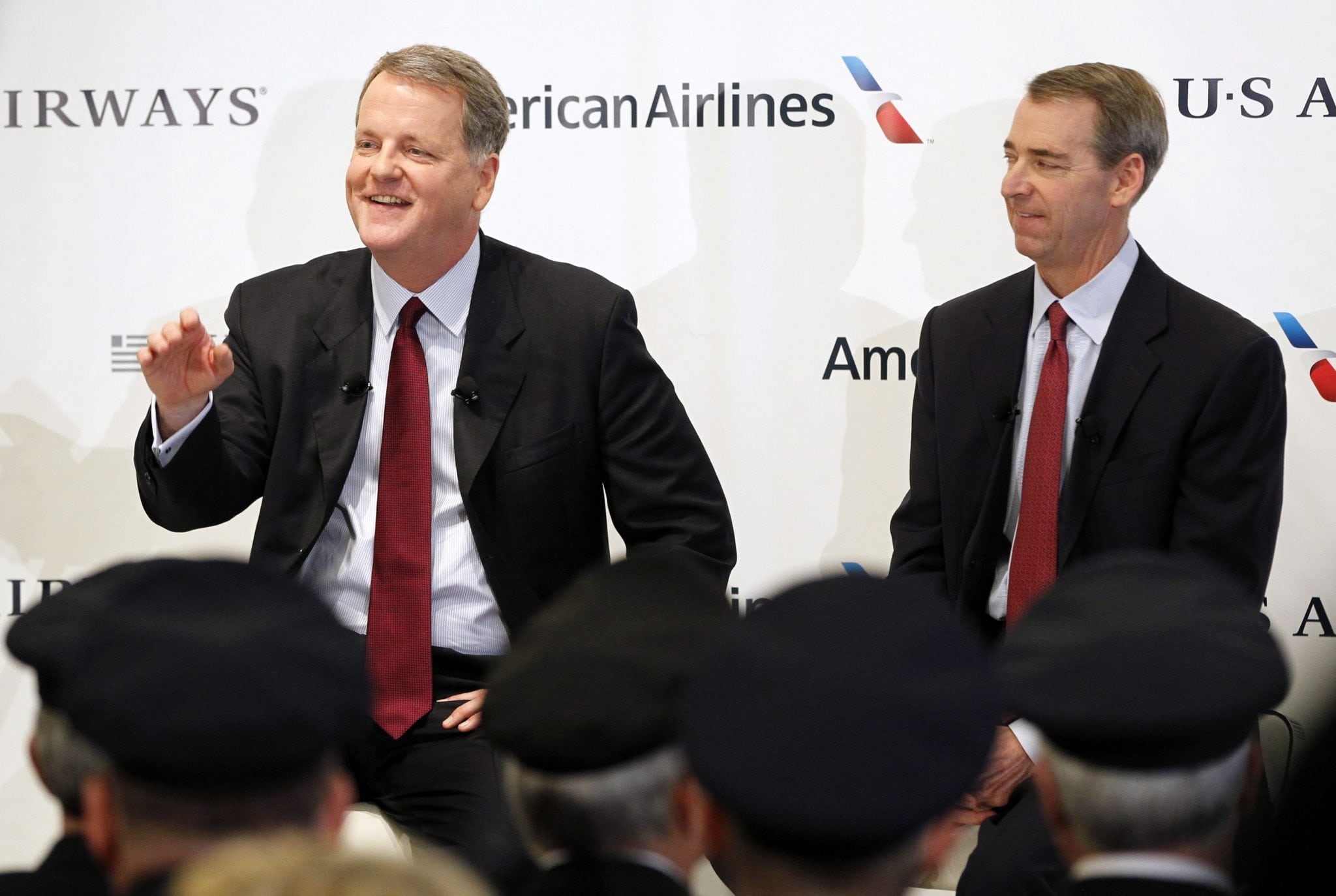 Skift Take
The amazing 2013 the airline industry was having just went up in smoke, as airline CEOs’ own words were used against them in this spectacularly detailed antitrust lawsuit.
— Rafat Ali
Share
Tweet
Share
Post
Send

In making its case against an American Airlines-US Airways merger, the government relies heavily on an unusual source of evidence: the airlines’ own executives.

Throughout the 56-page lawsuit filed Tuesday, Department of Justice lawyers quote internal emails, investor presentations and public comments by the two airlines’ top executives noting how past mergers have allowed the industry to raise fares and given passengers no choice but to put up with ever-increasing fees for checking a bag or changing flights.

The suit recalls how US Airways President Scott Kirby noted in 2011 that industry consolidation had paved the way for the airlines to push through three airfare hikes that year. The next year, speaking at an industry conference, Kirby noted that it’s “impossible to overstate the benefit” of mergers in giving airlines the ability to impose new fees.

Lawyers noted some hypocrisy in how the executives view mergers. They talk about how much money they are making because of consolidation. At the same time, they claim that one more big combination will lower fares through “unspecified or unverified ‘synergies.'”

All of that calls into question the executives’ sincerity, the government says.

“By making claims about the benefits that are at odds with their prior statements on the likely effects of this merger,” the government says American and US Airways executives are “saying what they believe needs to be said to pass antitrust scrutiny.”

For example, when American announced a charge for a first checked bag on May 21, 2008, United and US Airways introduced their own luggage fees just three weeks later.

“Similarly, over a period of just two weeks this spring, all four legacy airlines increased their ticket change fee for domestic travel from $150 to $200,” the suit notes.

But the real damage from five years of industry consolidation shows up in airfares.

The average cost of a roundtrip domestic ticket — including baggage and reservation change fees — grew to $378.62 last year, up from $351.48 in 2008, when adjusted for inflation.

American and US Airways only overlap on 12 nonstop routes, mostly between each other’s hubs. Seven of them have no competition.

Even more worrisome to the government is the unfair advantage the new airline would have on connecting routes, where most fliers find the cheapest airfares.

For instance, American and US Airways are the only two airlines to offer one-stop service from Fresno, Calif. to Tampa, Fla. American offers three daily flights connecting in Dallas; US Airways has three connecting in Phoenix. In a merger, some of those flights are likely to disappear and fares could increase.

The government suggests that such cut-rate fares would disappear and cites an October 2012 internal analysis at American predicting that as proof.