The U.S. government has finally drawn a line, saying the American Airlines-US Airways merger is anticompetitive -- after letting previous mega mergers go through unscathed. This changes the game.

American Airlines’ merger with US Airways Group Inc. should be blocked, the U.S. Justice Department said in a lawsuit filed in Washington, upending American’s plans to exit bankruptcy through a deal that would create the world’s biggest airline.

The department, in a lawsuit filed in federal court in Washington, said the proposed tie-up violates U.S. antitrust law and would lead to less competition in the industry and higher prices for consumers. US Airways fell as much as 11 percent.

The Justice Department sued to block the transaction because it would remove the incentive for US Airways to offer lower prices and lead to higher airfares for consumers, said a person familiar with the matter who asked not to be identified because the matter is private.

The suit, unexpected by analysts and industry executives, marks a sharp break with the department’s past policy, which allowed six unprofitable airlines to merge over the past five years in an effort to cut costs and end losses. For American parent AMR Corp., which filed for bankruptcy protection in November 2011, the merger would have completed its reorganization and allowed it to exit court protection.

The Justice Department’s decision follows the Aug. 5 approval for the tie-up by European Union antitrust authorities after the companies agreed to give up the right to a daily round trip between London’s Heathrow, the EU’s busiest hub, and Philadelphia.

U.S. Bankruptcy Judge Sean Lane in Manhattan, who is overseeing the American case, is scheduled at an Aug. 15 hearing to consider its reorganization plan. Airline executives said they expected his approval to be the last legal step required for deal to be complete.

The two airlines announced their plans in February and have been moving toward a merger while awaiting regulatory approval.

The Justice Department conducted an extended review to determine whether combining the two carriers would reduce competition or create a monopoly in any markets. The combination would create the largest carrier by passenger traffic, surpassing United Continental Holdings Inc.

After more than $58 billion in losses from 2001 to 2009, major U.S. carriers are headed for a fourth straight annual profit this year.

Competitors including JetBlue Airways Corp. and Southwest Airlines Co. had questioned the extent of control the new American would have at Reagan National Airport in Washington.

Reagan takeoff and landing rights, known as slots, are highly prized by airlines because they are limited by U.S. regulators and rarely become available. Only three other heavily congested U.S. airports have such restrictions.

US Airways and American had argued the $14.3 billion merger posed no threat to competition at Reagan and that forcing them to surrender slots would result in fewer flights to mid-sized and small cities.

US Airways shareholders approved the merger July 12, and AMR’s creditors endorsed it in a vote announced on Aug. 1.

While the post-merger American would account for 67 percent of daily departures from Reagan, it would control just 25 percent of aircraft seats in the broader Washington market that also includes Washington Dulles International and Baltimore/Washington International Thurgood Marshall airports, US Airways said. 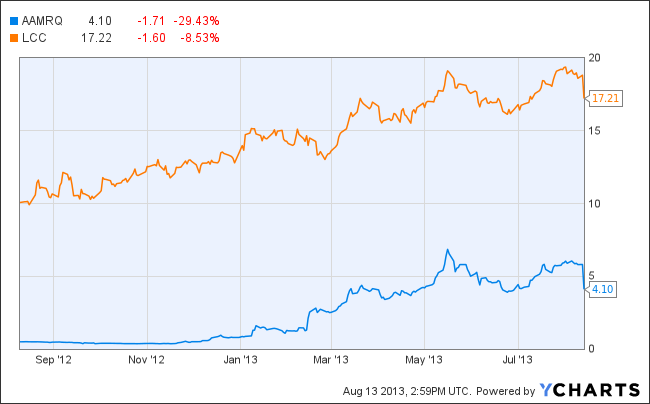