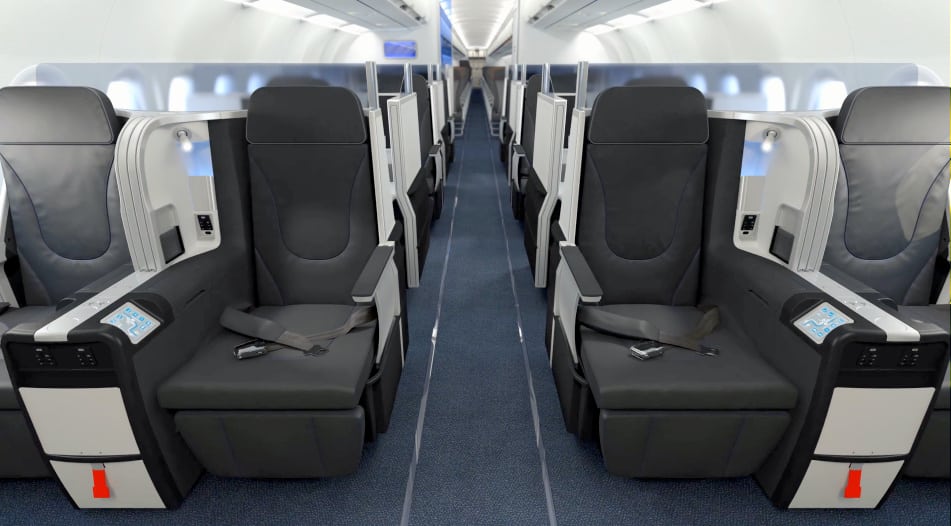 Since last night, the aviation geeks have been in paroxysms of agony and ecstasy and lighting up Twitter and airline forums, and it can only mean one thing: new airline design. JetBlue has quietly put up a video of upcoming interior design for its new Airbus A321 cross country transcontinental service, complete with a new premium cabin in the front with a 16-seat business class and 4 mini-business suites to boot, as it promised earlier this year.

AviationWeek reported in June that Airbus put in a request to the FAA for an exemption to outfit JetBlue’s A321s, where the cabin could consist of 16 business-class seats and 143 economy seats. The business class would include four “mini-suites,” with privacy provided by sliding doors.

And this is what this video below above. This new look will launch in 2014, likely along with the new uniforms that we first reported on in April, also slated to launch Spring next year.

This is JetBlue’s first ever attempt at class separation, and won’t be without controversy, though by keeping it solely for long-distance transcontinental flights, it has a clear distinction on the expectations for service.

Updated: From APEX Blog: In addition to the spacious seat the business class offering will include a 15” touch-screen TV with more than 100 channels of DirecTV, in-seat power (2x 110v plus 2x USB at each seat) and Fly-Fi, JetBlue’s satellite-based WiFi connection which will offer the most bandwidth of any in-flight connectivity option. And the amount of personal space afforded to customers, particularly in the suites, is huge.

Related Links You Should Read