Moscow takes a small step into the bike-share business 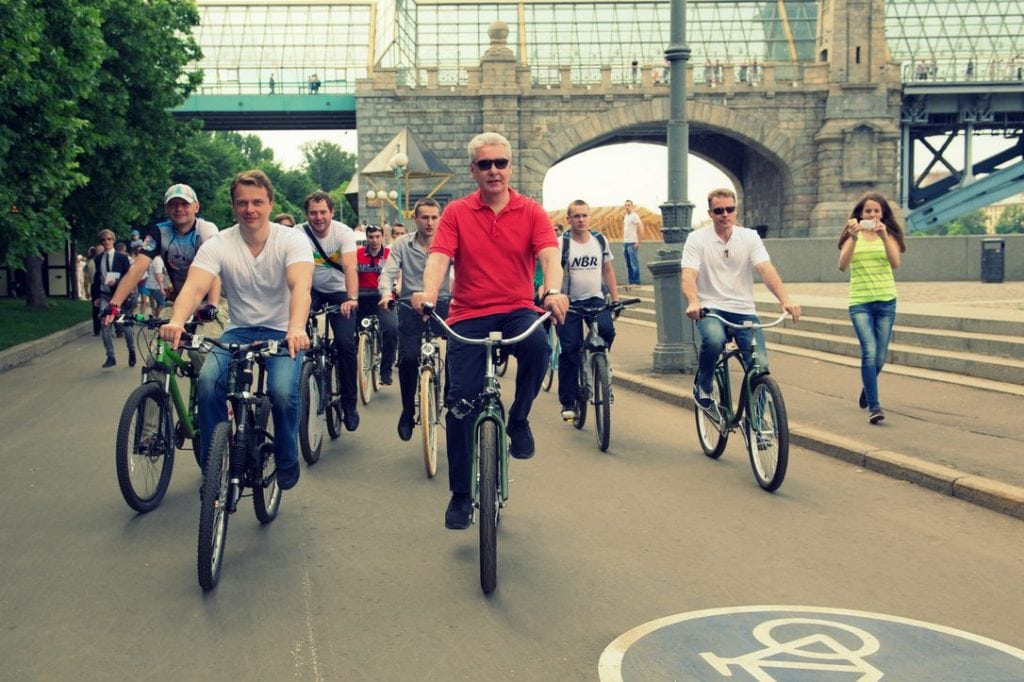 Last week, Moscow installed, throughout its center, thirty stations containing a total of two hundred and twenty red city bikes….the system resembles the Citi Bike program launched this week in New York. The same basic rules and conditions, as well as general urban-planning principles, are at work, too; Moscow’s D.O.T. worked with its counterparts in New York, London, and Copenhagen as it developed its program. But in the Russian capital, bike sharing may not be as much an immediate step forward for commuting—the program is starting extremely small, both in terms of bikes and miles of bike lanes—as it is a small, concrete triumph for grassroots political activism.

“It’s not easy to ride a bike in Moscow,” cautioned Alexey Mityaev, the floppy-haired, jeans-wearing twenty-seven-year-old adviser to the head of the Moscow Department of Transport and Road Infrastructure Development.