Tourism is ruining everything special about Mount Everest 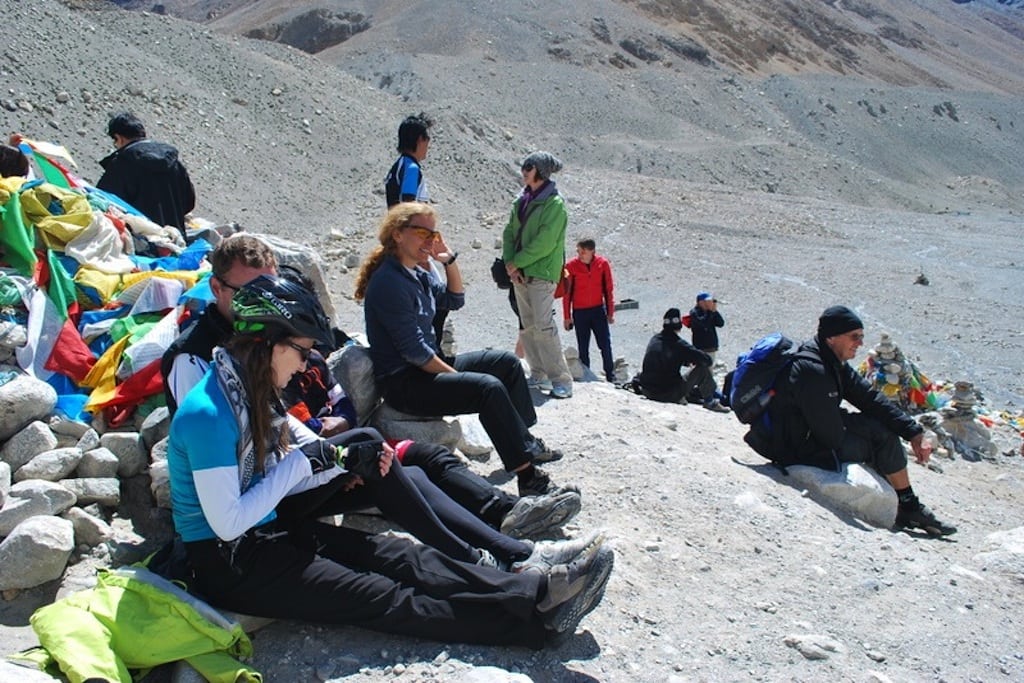 Skift Take
Whether mass tourism at Everest is a blessing or curse depends on who you ask: The economic boost for the Kathmandu government and mountain guides comes at the cost of the mountain’s cleanliness and prestige.
— Samantha Shankman
Share
Tweet
Share
Post
Send

Reaching the summit of Everest – or, rather, returning alive from it – has to be one of the most exhilarating experiences life can offer. But what really matters is how you reach the summit.

It used to be a prize earned through a long apprenticeship. Chris Bonington’s 1975 expedition brought the elite of British mountaineering to the previously unclimbed southwest face. When I climbed the mountain in 1988 it was my tenth Himalayan expedition. We too pioneered a new route, with just four climbers, no high-altitude porters, and no supplementary oxygen. The journey was everything; the outcome never a forgone conclusion.

Now, Everest has become the ultimate tick on the global adventure-tourism circuit. But, as the famous Tyrolean climber Reinhold Messner observed recently, the very term “adventure tourism” is often an oxymoron. Adventure is all about risk, uncertainty and self-determination – not buying a predictable, packaged commodity: you pay me £40,000 and I’ll make your dream come true.

Last year more than 500 people reached the summit, and this year more than 700 are expected. Yesterday climbers reported scenes of chaos as around 100 people tried to read the summit in the space of a few hours, while lengthy queues formed below trickier sections.

Mark Jenkins, covering the phenomenon for National Geographic, reported “garbage leaking out of the glaciers and pyramids of human excrement befouling the high camps”. But what appalled him most, as an experienced mountaineer, was the total abdication of personal responsibility, as he was forced to take his place on the human conveyor belt, clipped to a handrail behind scores of less competent people.

To be fair to the guides, the best of them run a slick operation and try strenously to clear litter from the mountain. Faced with the huge numbers of people, they probably have no option but to fix ropes virtually all the way from base camp to the summit. In terms of deaths per number of people on the mountain, Everest is statistically a much safer place than it used to be. It just seems sad to me that the western cwm – that extraordinary glacial basin that the Swiss in 1952 called “the Valley of Silence” – has become such a crowded place.

It would be easy to reduce the numbers. Until the late 1980s the Nepalese government allowed only one expedition at a time on any route on the south side. The Chinese operated a similar system in Tibet. Reinstate those rules and Everest would be peaceful again. Even better would be to ban the use of supplementary oxygen. H W Tilman, the great explorer, travel writer and leader of the 1938 Everest expedition, said that in his view “there is a cogent reason for not climbing it at all rather than climb it with the help of oxygen”. Why devalue the summit by effectively lowering its altitude from 8,850 metres to nearer 6,500 metres, to suit human capabilities? Remove what the Sherpas used to call “English air” and there wouldn’t be too many people on the summit.

Of course none of this is likely to happen. The American and European guides who struggle to make a decent living on their routine home mountains earn much better money from their annual Everest season. Their Sherpa colleagues make the kind of sums most Nepalese can only dream about. And, with climbing permits averaging about $10,000 a head, the Kathmandu government is raking in the cash. Everest is a lucrative seller’s market, and who wants to give that up?

So I suspect that this fat milch cow of a mountain, along with the other so-called “Seven Summits”, will remain an anachronism, while the real adventurers seek their challenges, and the solace of wild places, elsewhere.

Stephen Venables was the first Briton to climb Everest without supplementary oxygen. His book Higher than the Eagle Soars is an Arrow paperback. See stephenvenables.com