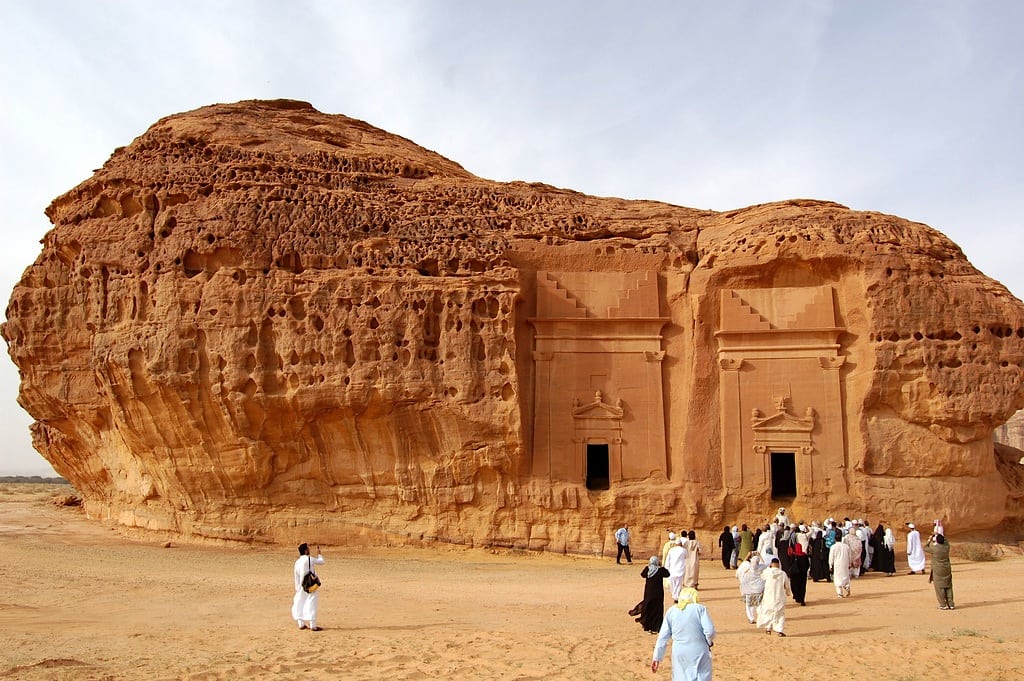 Skift Take
Will the success of Dubai and its regional peers nudge Saudi Arabia to open up its much richer sites to outsiders? Or will the kingdom’s conservative nature keep its treasures hidden?
— Jason Clampet
Share
Tweet
Share
Post
Send

Life has taken me to Saudi Arabia a lot this year. Together with my fellow Hotelier columnist, Martin Kubler, I was a judge on the Saudi Commission for Tourism & Antiquities’ third annual Saudi Excellence in Tourism Awards, which gave us a unique perspective on this archetypically introverted country.

Outsiders could be pardoned for asking: “Tourism, what tourism?” I mean, most people outside the Kingdom think of tourism as synonymous with leisure holidays — and with all due respect, Saudi Arabia is hardly renowned as the fun capital of the world.

And yet, as judging the tourism awards made plain, this widely misunderstood desert Kingdom has miles of really amazing beaches, stunningly contrasting landscapes from desert dunes to verdant mountains, scores of fascinating historic and archaeological sites, world-class hotels and shopping malls, and any type of food your stomach could desire.

It’s just that the strict religious principles along which the country is run dictate (as far as I understand them) that tourists should ideally be Muslims, or at least fully sensitised to and respectful of the local interpretation of Islam.

In practice, this means that there are virtually no international leisure tourists in the Kingdom, except a few small specialised groups of privileged Hajjees or retired westerners that get to visit such extraordinary archaeological sites as Madain Saleh (the southern outpost of the Nabataean empire that created Petra).

No, the Saudi authorities are of course focusing principally on domestic tourism, and within the limitations of that concept in this society, encouraging excellence from the sector’s service providers just as any other country would do.

According to the SCTA, there were 24 million domestic tourist visitors to the different provinces of the Kingdom in 2011, who spent SR35.5 billion (about US $9.5 billion), so this is truly big business!

We on the awards judging panel were required to vote on no less than 36 categories, from best hotel to best tour guide, from the best restaurants of several types, to the best festival. Did you know that there were no less than 33 regional festivals in Saudi Arabia in 2011, reflecting different seasons, towns and specialist interests such as growing flowers?

Women’s work
Two of our fellow judges on the Excellence Awards were highly-qualified Saudi women, who were able to join the rest of us male judges as equals during the main judging session and at the initial dinner laid on for us. Official blind eyes evidently had to be turned for this to happen.

In the public awards ceremony, they were not allowed to present any awards, or even to sit with the rest of us judges, since all the women were segregated on an upper gallery of the auditorium. They understandably chose not to attend, although as a result they did miss the presentation of the first ever Excellence Award to a Saudi women – the Best Young Chef trophy went to Ms Manal Al-Zaidany from Herfah’s Café in Qassim.

Ah well, nobody ever said progress in this most traditional of countries would be rapid. And yet during a recent week spent among hoteliers in Al Khobar, I am pleased to report evidence of much female involvement in the sector. As most readers doubtless already know, the ladies’ weddings in this region are much bigger and — reportedly — more fun than the men’s.

What do you do when you have a hotel full of male employees, none of whom are allowed to enter the ballroom to serve at a ladies’ wedding after 7.30pm? The answer is, of course, that where there’s a will, there’s a way, and the Kingdom has its own network of (shall we say?) ‘specialised’ agencies that provide waitresses for such events, both expatriates and Saudis.

Comparable ‘grey economy’ expat recruitment activities have grown up in the face of Saudisation as a whole, reflecting the fact that Saudis of both sexes need much more encouragement and better opportunities to get hotel training, but that’s another story. It’s a work in progress.

Guy Wilkinson is a director of Viability, a hospitality and property consulting firm in Dubai.