Falling yen in Japan is leading to rising tourism numbers 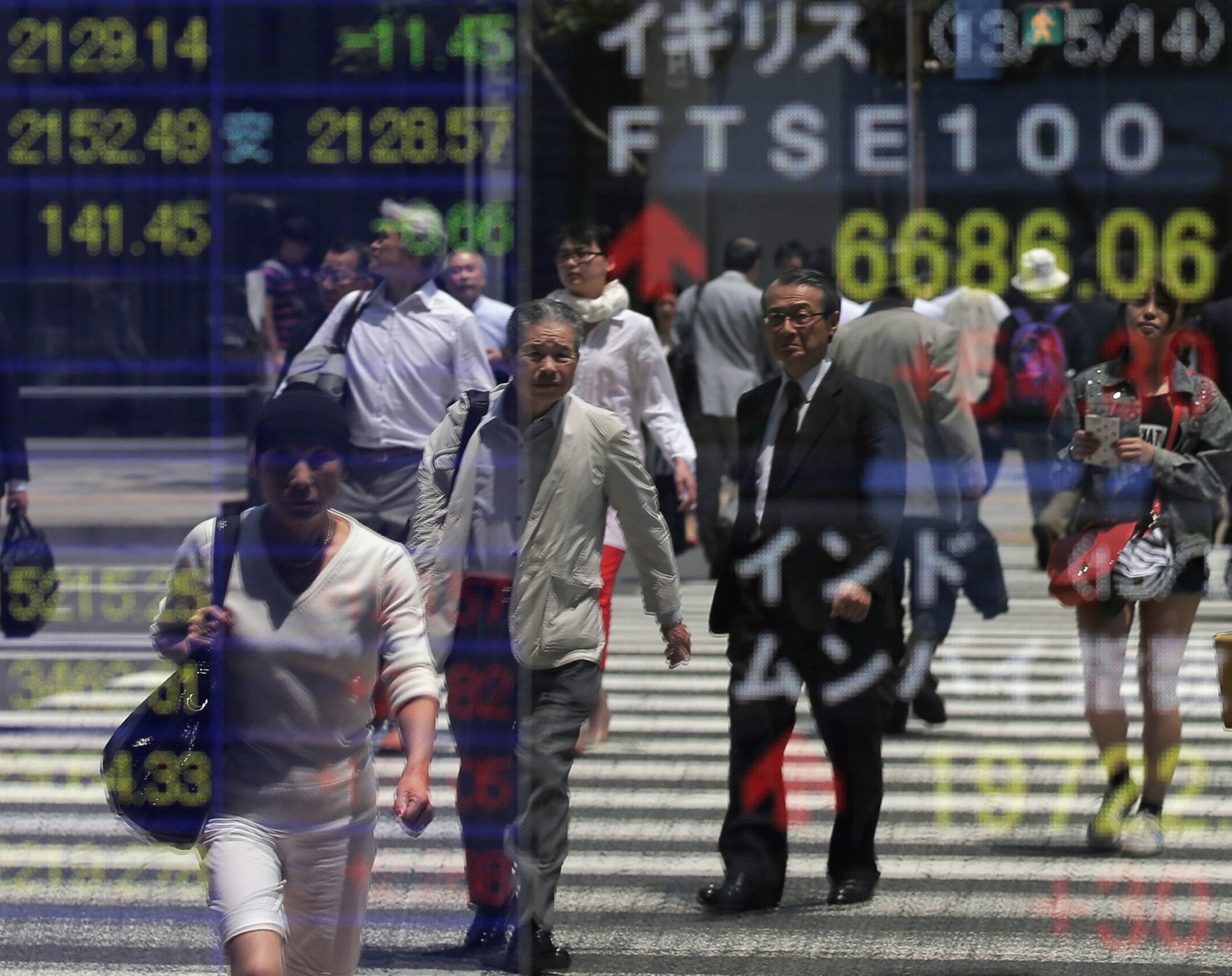 Skift Take
Outbound tourism from Japan will cause big hits in markets like Korea and smaller ones in Hawaii, but the influx of visitors across Japan will not only help the country get back on track, but will help dispel the notion that Japan is too expensive.
— Jason Clampet
Share
Tweet
Share
Post
Send

Attention, bargain-hunters around the world: Japanese goods — from cars to televisions — are going on sale.

Credit Japan’s drive to pump cash into its economy to stimulate growth. The extra money flooding its financial system is helping shrink the value of the yen. A U.S. dollar now buys about 100 yen. Last fall, it bought fewer than 80.

When the yen’s value falls, many Japanese goods become less expensive worldwide. Toyotas become cheaper in Germany, the United States and South Korea. So do Sony electronics. For tourists, Tokyo doesn’t cost so much to visit.

The rest of the world’s economies? Not so much — not right away, at least. Japan’s critics say it’s manipulating its currency to give Japanese companies an unfair edge over foreign rivals. Japan says it’s seeking to energize its economy, not lower the yen.

In the long run, economists say other nations gain, too. An economically stronger Japan means its consumers and businesses can afford to buy more goods from other countries, helping lift their economies, too.

Here’s how a cheaper yen will affect consumers, companies and investors worldwide:

If you’re a customer of Honda, Toyota or Sony somewhere outside Japan, a falling yen is your best friend. It means Camrys, Accords and PlayStations will likely cost less. And once foreign sales are converted into yen, more revenue flows to Japanese manufacturers.

When Toyota sold a Camry in the United States for $30,000, those dollars were converted into roughly 2.4 million yen. Today, Toyota would get 3 million yen from such a sale — 25 percent more.

That’s in part why Toyota, the world’s top-selling automaker, more than doubled its most recent quarterly profit from a year earlier. And why Sony is back in the black after four straight years of losses and predicts another profit for its current fiscal year.

Japan makes up about 35 percent of the U.S. auto market. It exported 1.8 million cars to North America in the fiscal year that ended in March, up nearly 6 percent from the previous year. Toyota’s Camry is the top-selling car in the United States.

Toyota, Honda and Nissan receive roughly $2,000 more for each vehicle sold when the yen depreciates from 78 to 100 yen per dollar, according to an analysis by Morgan Stanley. For automakers that sell a larger proportion of their vehicles outside Japan, like Mazda, the advantage is greater: For Mazda, it’s about $4,000 per vehicle.

Nissan’s announcement this month that it’s cutting prices of seven models was seen as the latest blow in a price war accelerated by the weaker yen. Morgan Stanley analyst Adam Jonas expects General Motors, Ford and Chrysler to lose some U.S. share to Japanese rivals within a few years.

That said, Japanese automakers now have to pay more for parts made by suppliers outside Japan. And Fitch Ratings predicts the weaker yen will be only modestly positive for Japanese electronics makers. That’s true even for a company like Panasonic, which gets nearly half its revenue overseas.

In part, that’s because, as with cars, many Japanese goods are produced in factories abroad. When the yen drops, it costs more for Japanese manufacturers to import those goods. Panasonic, for example, runs factories in China. A lower yen raises the cost of bringing its electronics products back to Japan to be sold.

Thanks to the yen’s fall beginning in late 2012, the number of visitors to Japan rose 18 percent in the first three months of 2013 to 2.3 million. Japan Tourism Agency officials say the dollar’s rise against the yen is a key reason.

If tourism strengthens further, it would help revitalize that industry after Japan’s 2011 nuclear crisis spooked many would-be visitors. The Japanese government has set an ambitious goal of attracting 25 million visitors by 2020.

“The number of tourists this cherry blossom season in March and April was the highest ever,” Roberts says.

And it could further increase over the coming months.

“Japan is not the kind of place that somebody decides to go to on the spur of the moment,” Roberts says. “It (the low yen) might make more difference later this year or even next year.”

Just as a weaker yen makes it cheaper for foreigners to vacation in Japan, it has the reverse effect, too: Japanese tourists must pay more to travel abroad.

That trend is inducing groans from tour operators and other businesses in Seoul that are already struggling from a decline in Japanese tourists. The drop in visits has followed North Korea’s war threats and tensions from a Japan-South Korea territorial dispute.

More than 3 million Japanese, mainly tourists, visited the United States last year, according to the Commerce Department’s Office of Travel and Tourism Industries. They were the largest contingent of tourists from any overseas country. And now they’ll pay more to visit.

The number of Japanese tourists to South Korea reached a record 3.5 million last year. But in April, the number sank more than 30 percent from the same month a year earlier.

The weaker yen could hurt the sales of European companies already struggling from the region’s recession.

In Europe’s shrinking auto market, a cheaper yen could magnify price competition among manufacturers of mass-market cars, says Stefan Bratzel, an analyst at the University of Applied Sciences in Bergisch Gladbach, Germany. It could allow Japanese carmakers to keep prices down to retain or attract customers.

“It heats up the price war even more,” Bratzel says.

The cheap yen could also hurt Germany’s exporters, a key pillar for the euro alliance’s ailing economy. Germany and Japan each depend on exports of cars, transportation equipment and industrial machinery. And they compete in China, the United States and Europe.

“At the margin, German exporters will find it increasingly difficult to gain further market share in China, and the Japanese are probably going to take market share from them,” said economist Christian Schulz at Berenberg Bank in London.

South Korean companies are particularly vulnerable to a weaker yen. They compete directly with Japanese auto and electronics companies in the United States and other key markets.

Park Hyun, an analyst at Tong Yang Securities in Seoul, foresees no effect on the market share of Samsung or LG.

A prolonged yen decline might stiffen China’s resistance to letting its tightly controlled currency rise in value, as the U.S. and others have been pressing it to do.

Invest in Asia, advisers would typically tell you — but whatever you do, avoid Japan.

Bad advice this year. Japan’s benchmark Nikkei 225 index has returned 45 percent so far this year, to roughly 15,000. No other major stock index is even close. The U.S. Standard & Poor’s 500 stock index, for instance, has delivered a terrific first four months. It’s up 16 percent.

Think there’s plenty more room for the Nikkei to run? Non-Japanese investors can acquire a stake by investing in mutual or exchange-traded funds that track Japanese stocks. Example: The iShares MSCI Japan Index Fund (Ticker: EWJ). Or the Japan mutual funds run by firms like T. Rowe Price and Fidelity.