Hawaii hotel rates are highest in the country, higher than NYC & Miami 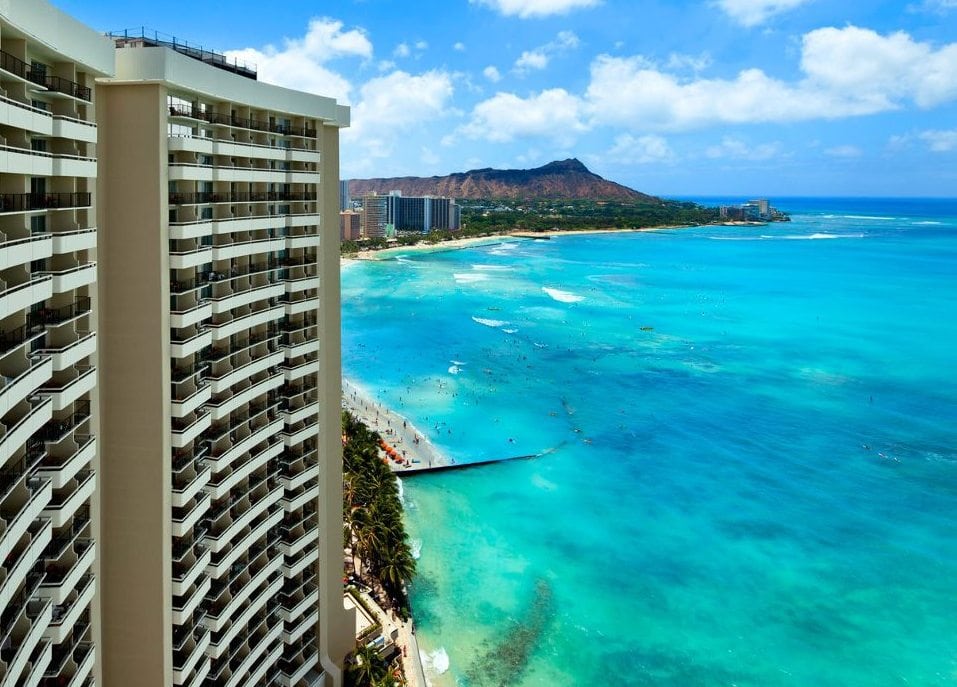 Hawaii already is a rich tourist's playground, and budget-conscious tourists have started cutting their trips short, and may look elsewhere in future if these rates and the reputation continues.

Start spreading the news: Hawaii has the nation’s highest hotel room rates after jockeying with New York City and Miami for the top of the heap.

During the first quarter, Hawaii hotel guests spent $233.33 a night on the average hotel room, or 13 percent more than in 2012, when the average rate was $206.22, according to a report released today by Hospitality Advisors LLC and Smith Travel Research. On average, guests paid about $10 a night less for Miami/Hialeah, Fla., hotel rooms, and about $23 a night less in New York.

“Wow. That’s really ridiculous,” said Jordan Nguyen, an Oahu resident who was “staycationing” at Sheraton Waikiki on Thursday. “It’s just because this is Hawaii and everybody wants to come here.”

Keith Vieira, senior vice president and director of operations for Starwood Hotels & Resorts in Hawaii and French Polynesia, attributes the hotel rate jump to Hawaii’s status as a world-class leisure destination as well as its limited lodging inventory, with only 4,000 or so units having been added since 2007.

“From a hotelier standpoint, if we don’t add more inventory, we’ll be fine,” Vieira said. “But to grow our overall economy, we need to grow tourism. We need managed growth. … To me that’s about 400 new rooms or one new property or conversion a year.”

And some observers caution that the destination, known for its laid-back island style, may not be ready to deliver the higher service demanded by customers paying higher prices.

They fear price-sensitive tourists may reduce other consumer spending, decide to cut trips short or look elsewhere. Some of these concerns already may be warranted. The industry didn’t break occupancy records set in 2005, when first-quarter occupancy hit 83.5 percent and March occupancy reached 85 percent. Instead, statewide occupancy averaged 81.6 percent during the first quarter of 2013 and was only 79.1 percent in March.

“At higher rates, visitors clipped a day off the length of their stay,” he said. “When the room hits $380, people say, ‘Holy crap! Why not stay five days instead of six?’ You can imagine that conversation because we all have it when we go to NYC.”

Hawaii tourism officials have argued that higher prices help the destination attract higher spenders, but Brewbaker cautions against making assumptions that people who spend more on rooms will spend more on other goods and services.

“If total visitor spending is down in real terms and lodging costs are going up, then something else is going down,” he said.

Another big fear for Hawaii’s visitor industry is that rather than cutting back, some visitors may choose to book elsewhere.

“We are experiencing a large increase in travel to Mexico, which we believe is coming from travelers who normally vacation in Hawaii, since Mexico offers all-inclusive resorts, five-star resorts, exceptional service and is geographically closer than Hawaii,” Richards said.

Frequent Hawaii travelers Nathan Agabin and his fiancee, Christina Spencer, of Weaverville, Calif., said they began to notice crowded conditions and higher prices in Hawaii last year while booking a holiday trip. They came anyway and returned again last week, but said crowds and costs may deter some travelers.

“Anyone who went to Mexico probably wouldn’t come back here,” Agabin said. “There’s limited space and the demand is so high. Mexico is the same as Hawaii except everyone is speaking Spanish.”

Others, like Woodlawn Park, N.J., visitor Barbara Humphry, who has been traveling to Hawaii for 30 years, aren’t dissuaded by the higher prices.

Vieira said most visitors don’t expect that a Hawaii vacation will be cheap and realize that “you get what you pay for.”

Even so, Richards forecasts that Hawaii room rates will begin to decline in the next 30 to 60 days, primarily driven by the Japanese yen, now trading around 100 to the dollar, and the reduction in air service by several airlines, including Hawaiian, United and Alaska.

“The double-digit increases in room rates are not sustainable in this environment and Hawaii risks a downturn in tourism from the large U.S. market and from Japan based upon their currency issues to the U.S. dollar,” Richards said.

But for now, Hawaii hoteliers are enjoying the fruits of a record first quarter in 2013.

According to the just-released Hospitality Advisors and Smith Travel Research report, the first quarter saw the highest room revenues, and the best revenue per available room (RevPAR) of any first quarter ever. Hoteliers earned a staggering $973.5 million during the first quarter and saw RevPAR climb 15 percent to $190.40.

They note that these higher room rates, which ranged from $446.62 on the luxury side to $117.97 for the economy class, have improved hotel profitability, helped workers get more hours and tips, created greater opportunities for other businesses, and bolstered statewide spending.

“We are seeing hotels being marketed at levels that would have been unthinkable a few years ago,” Wallace said. “Assets are being sold at prices that we haven’t seen in a long time.”

“Hawaii is getting a tremendous amount of attention from the hotel-investment community and the amount of deals and capital in play is being driven by first-quarter numbers,” he said.

While Toy said it’s likely that Hawaii won’t retain its title as the nation’s priciest destination for hotel rooms, he still expects Hawaii’s hotels will continue strengthening this year. ___