Iraq lays out plans to rebuild its devastated rail network 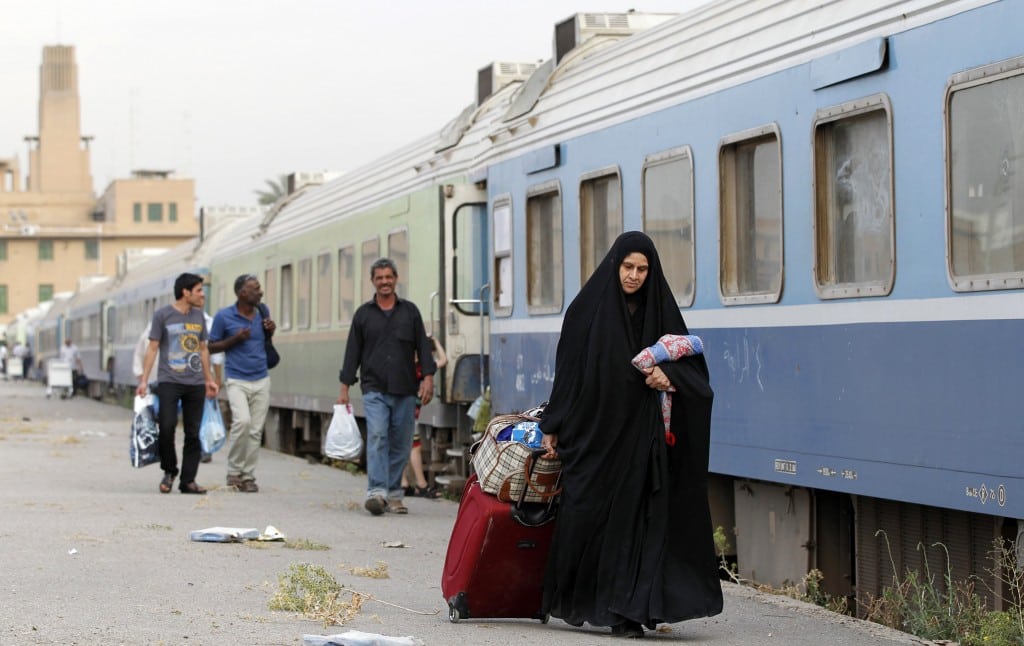 Money and security are enormous obstacles to surmount, but Iraq -- unlike the country that helped it throw off its dictator -- understands the value of rail in ensuring a stable society.

In a shabby, rusty train that had just left Baghdad for the southern city of Basra, Riyadh Saleh moved restlessly from carriage to carriage, searching for a comfortable, air-conditioned seat.

“The train is not comfortable, it is rocking. I do not feel secure – I feel it will turn over at any moment. Besides, it is slow,” said the retired civil servant, who was travelling with 10 other family members to attend a relative’s wedding in Basra.

Iraq’s infrastructure is dilapidated after decades of war, sanctions and economic decline. In a country where piles of rubble and incomplete buildings are commonplace, almost every sector needs investment, including electricity and the sewage system.

But the country is laying plans to rebuild its historic railways and become a transit hub for goods that would be shipped from Asia to Iraq’s neighbours and beyond.

Iraq’s railways date back 100 years; the foundation of the first line was laid by the Germans under the Ottoman Empire in 1912. That line, connecting Baghdad with the town of Dujail, 60 km to the north, was completed in 1914.

The network has been neglected during the past several decades of political and economic turmoil. The country has only two working passenger trains at present, and officials in the state-run railway company admit that the volumes of passengers and freight which it carries do not generate enough income to cover employees’ salaries, let alone revamp the network.

That leaves Iraq with little public transport connecting regions of the fractious country. Most people rely on minibuses and taxis to make national journeys, which can be expensive and dangerous on poorly maintained roads.

“Our passengers have a right to complain because when they go abroad and see modern trains with new and developed technology, while our lines are the same old thing, they say ‘I want our trains to be like the rest of the world,'” said Hadi Ali, manager of the train station in central Baghdad.

Plans to revive the rail system are gaining pace along with the country’s oil boom and general reconstruction. If successful, this could not only have economic benefits by facilitating trade and domestic tourism, but by making travel easier, maybe even contribute to the country’s political unity.

Last year the railway company finished building a 32 km line between Mussayab, south of Baghdad, and the holy city of Kerbala to transfer hundreds of thousands of pilgrims during Shi’ite religious festivals.

It is also building a new railway parallel to the old Baghdad-Basra line at a cost of about $700 million; the line is due to be in service by the end of this year. Currently only around 250 passengers travel on Iraq’s railways on most days, but when the new Baghdad-Basra line is finished, the number could jump to between 2,000 and 3,000, officials say.

A line connecting Baghdad with the northern city of Mosul is still out of service, but transport officials hope to begin renovating it next year. Last year Iraq signed a deal to import ten trains from China, each carrying up to 450 passengers and running as fast as 140-160 km/hour, for $115 million.

Iraq currently has about 2,000 km of railway lines and hopes eventually to increase this to 10,000 km of dual-track railways, with electrified trains running at up to 200-250 km/hour that would connect all major Iraqi cities with neighbouring countries.

Mohammed Ali Hashem, manager of the projects department in the railway company, said the goal was to unload goods from Asia at southern Iraqi ports and transport them through the northern Iraqi city of Zakho into Europe via Turkey.

“So instead of a long trip to the Suez Canal and the Mediterranean Sea, through Iraq it will take 24 hours. Iraq will become a transit point for goods transfer.”

Hashem envisions around 25 million tonnes of goods passing through Iraq annually once the rail projects are completed at an estimated cost of more than $60 billion over five years.

For now, such visions face formidable obstacles. One is financing; just $175 million has been allocated by the government for projects by Iraq’s railway company this year.

Hashem said there were two options for financing projects: annual allocations from the government, and effectively borrowing money from companies hired to perform infrastructure work – the firms would be paid under a staggered schedule. The staggered payment model would require passage of an infrastructure law by Iraq’s parliament, however, and this has been delayed for several years by political wrangling. It is not clear when it might be passed.

Khudhair Abbas, deputy head of another transport projects company run by the transport ministry, said Iraqi railways were not yet attractive to foreign investors because they would not be profitable until the country’s southern port of Grand Faw was built, which would take years.

In the long term, Iraq may be able to find the money for its railways; the International Monetary Fund expects its oil exports to expand to $152 billion in 2018 from $94 billion last year, swelling government coffers.

But there are other problems. Talib Kadhim, head of the operations and transport department in the railway company, said many traders preferred to move their goods via private motor transport firms, even though that was more expensive, because the firms offered door-to-door services and train stations were far from the city centres.

Security is still a concern. Recent talks with a foreign company to transfer crude oil by rail to Akashat, near the Jordanian border, for shipment abroad were scuppered by the increasingly volatile sititation in the western province of Anbar, bordering Syria.

“When stability is achieved, transportation in general will increase in the country,” said Kadhim.

In the Baghdad station hall, ticket booths remain shut with the exception of the window for the Baghdad-Basra line, where a small whiteboard shows train times and ticket prices written in a red marker.

“I have a lot of memories of the trains in the 1960s when I was a kid,” said Emad Maki, 54, an unemployed man who was travelling to Basra with his wife and four children to offer condolences for the death of a relative.

“I wish our trains were like the ones in Europe. It is difficult to achieve but I am sure things will be better if there is determination. If we achieve 50 percent of what others have, that will be good.”

Photo credit: A passenger walks beside a train in a train station in Baghdad. Reuters