Hawaii turns to tourists to ease its abandoned pup problem 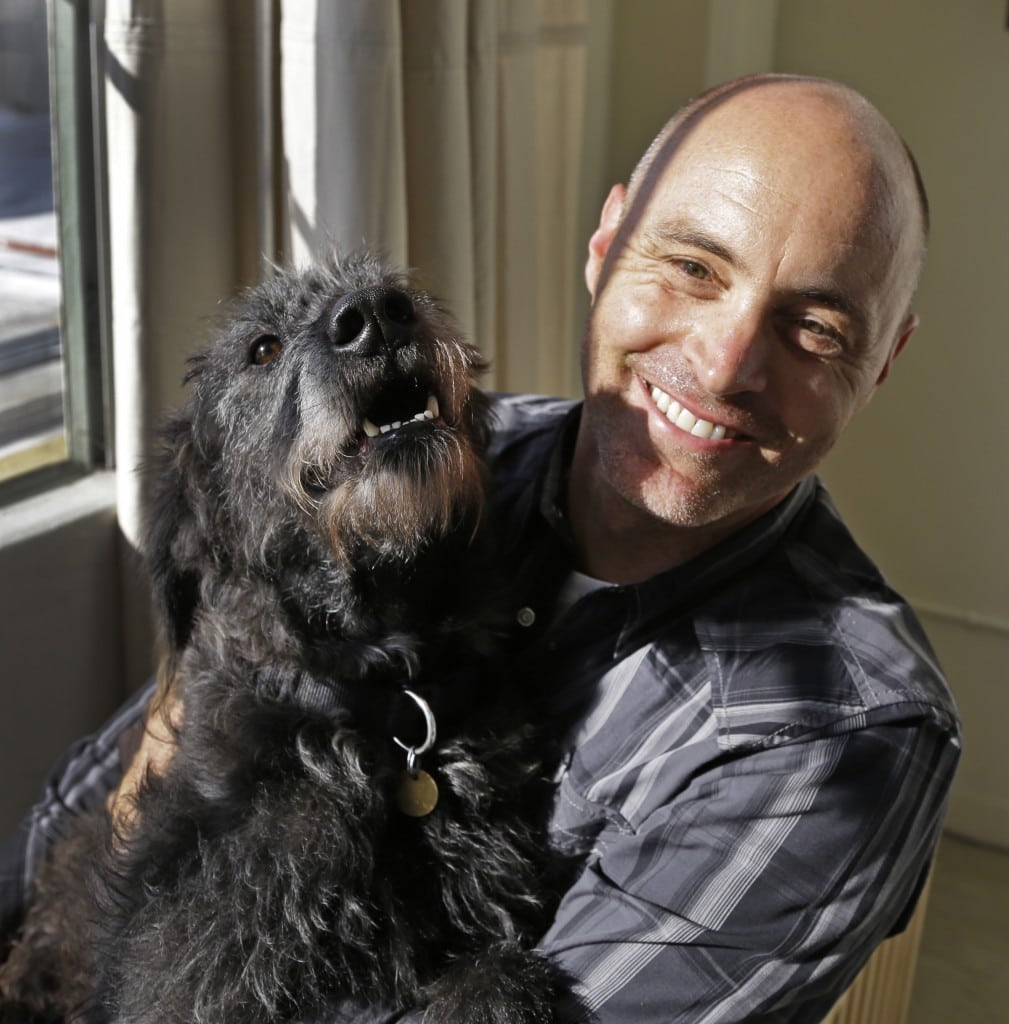 This ingenious shelter manager saw the islands’ growing tourism industry and its visitors as more than a cash machine, but as a sustainable solution to a particular Hawaiian problem.

The lanky, charcoal-gray dog with a distinctive, wiry hairdo would stand out in most other animal shelters, but no one gave him a second look on Hawaii’s island of Kauai.

But thanks to a tourist willing to take him across the Pacific, an Airedale Terrier-Irish Wolfhound mix named Grady now enjoys a spacious California loft with a new owner.

The Kauai Humane Society since December has been reaching out to tourists and others traveling to California and Oregon to see if they’re willing to check some extra luggage — one of the island’s many stray or abandoned dogs.

When a traveler agrees, the shelter pays a reduced rate of $100 to fly the dogs on Alaska Airlines to get them to shelters in Oakland, Calif., and Portland, Ore., where most get adopted within a couple of weeks. Dogs also can make the trip as cargo at a more expensive rate.

Shelter officials attribute some of the program’s success to the uniqueness of the animals. Kauai’s only shelter gets a lot of stray and abandoned dogs derived from hunting breeds used for stalking feral pigs on the island.

The animals can languish for months at Kauai’s shelter. But once they’re sent to the mainland, the dogs are snatched up quickly because they’re different from others normally offered for adoption.

“Some are kind of funny looking, unusual looking,” said Laura Fulda, vice president of marketing and development at the East Bay SPCA. “They tend to be a little shy, very sweet, well-behaved and have had some training, and they are friendly toward other dogs.”

Grady was brought to Kauai’s shelter in November by an owner who was moving away. He didn’t get much attention at first, shelter operations manager Brandy Varvel said.

“He sat there, and I never saw a single person look at him,” Varvel said.

But at the East Bay SPCA in Oakland, it was love at first sight when 46-year-old Martin Sprouse saw the 50-pound dog on the shelter’s website.

Sprouse, who designs modern furniture for a living, was waiting when the shelter opened its doors the next morning.

“I walked right up to him, and he gave me those big eyes and rolled over on his back,” Sprouse said. “I said, ‘Oh my god, dude. It’s on. You are coming home with me.’ He melted me the minute I saw him.”

Sprouse had been seriously looking for about two weeks for a dog to adopt but hadn’t found a breed he wanted. There were a lot of smaller dogs in the local shelter, mostly Chihuahuas and pit bulls.

The dogs delivered from Hawaii have been mostly mixed breeds derived from Airedales, whippets and hounds — breeds sometimes used on the islands to hunt feral pigs. On any given day, Kauai’s shelter holds about 90 dogs and 45 cats, Varvel said.

Varvel came up with the idea to fly the dogs off the island to shelters that mainly take in other breeds.

The Kauai shelter has an open-door policy, meaning all animals are accepted regardless of space. The steady influx of hunting breeds was forcing the shelter to double and even triple up on dogs in their cages, Fulda said.

Some of the dogs had been in the shelter for at least six months when Varvel contacted the California shelter in late December. Varvel initially reached out to shelters on other Hawaiian islands, but found they had the same problem.

She now talks with shelter officials in Oakland every week to discuss which dogs to send to the mainland. Operations manager James Pumphrey said some of the biggest factors considered are how long a dog has been waiting to be adopted and whether it has a friendly, outgoing personality.

Since the program’s start, 24 dogs have been adopted with one or two dogs shipped each week to California. Varvel also has an arrangement with the Oregon Humane Society to take some of Kauai’s puppies and small dogs.

And Grady, who was named Kruger before he was adopted, seems to enjoy his new life riding around Oakland in Sprouse’s truck.