The horses, lizards and Onassis heirs that make Lufthansa a pet flying expert 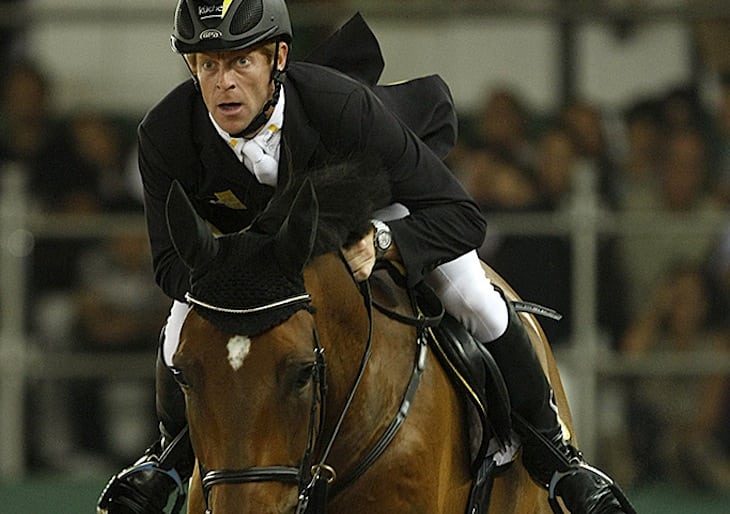 The 2% of Lufthansa's freight income that rolls in thanks to animals is nothing to sneeze at, even if you are an allergic flyer.

Aristotle Onassis’s only surviving descendant is providing a boost to Deutsche Lufthansa AG’s cargo unit with a regular contract to transport dozens of show jumping horses to Brazil at a cost of as much as $1.3 million.

Athina Onassis de Miranda, the main heir to her shipping magnate grandfather, funds the transfer of horses to Rio de Janeiro for a tournament she helped set up and which bears her name, said Axel Heitmann, head of Lufthansa’s animal-cargo unit.

“Once a year she invites the community to her big event,” Heitmann said in an interview. In total, Lufthansa transports about 2,000 horses a year in what has become a “very profitable business,” since the size and bulk of a consignment determines the price, he said at the company’s Frankfurt Animal Lounge.

Flying one horse across the Atlantic can cost 10,000 euros ($13,000), as much as a first-class return for a two-legged passenger, and as many as 100 attend the South American event, Heitmann said. While animal transport contributes 2 percent of Lufthansa’s annual freight revenue, the market is less volatile than the cyclical cargo business and helps stabilize earnings.

Lufthansa’s South American legs are among the longest flown with horses, with Frankfurt-Sao Paolo and Frankfurt-Buenos Aires taking 12 hours. Animals headed to the Americas from the Middle East also pause in Europe because the distances would otherwise be too great, while some originating in Asia go via the longer westbound route because of the level of service, Heitmann said.

About 24,000 horses travel by air each year, with Lufthansa ranked second in the market globally behind Air France-KLM Group, which moves about 12,000, aided by its so-called Animal Hotel in Amsterdam, according to spokesman Jean-Claude Raynaud.

Transport and accommodation for the world’s top 30 horses and riders is ultimately funded by sponsors, as is the practice for all events awarded five-star status under a ranking system approved by the International Federation for Equestrian Sports, according to Alice Furtado, a spokeswoman for Onassis.

“The main reason the event exists is that Brazil –despite having an Olympic equestrian champion and two bronze medals for teams — didn’t have a five-star event,” Furtado said “The idea is to bring the country closer to the sport.”

The Athina Onassis Horse Show began as part of the Global Champions Tour, a show-jumping circuit founded by Olympic gold medal winner Jan Tops in 2006 that’s among the most lucrative in a sport known to attract European and Arabian royals and U.S. socialites including Bruce Springsteen’s daughter Jessica.

While the GCT will make its London debut this summer at an event organized by Peter Phillips, Queen Elizabeth II’s eldest grandchild, Onassis’s Brazilian contest has been an independent since 2012 and will this year take place in October.

French-born Onassis was raised in Switzerland, where Bilanz estimated in 2011 she was worth 3 billion Swiss francs ($3.2 billion), making her the country’s youngest billionaire. The magazine removed her from the ranking after the move to Brazil, and Furtado said Onassis had no comment on her wealth.

The 28-year-old is the only child of the late Christina Onassis, whose brother Alexander died without any offspring. Aristotle Onassis’s second marriage to Jacqueline Kennedy, widow of the assassinated U.S. president, was childless.

Onassis, herself an accomplished rider, and her Brazilian husband have won prize money in GCT competitions totaling $1.3 million since 2006, according to its website. Edwina Tops- Alexander, wife of the founder, leads the tally on $3 million.

Lufthansa transports 110 million creatures a year in total, ranging from lizards and tropical fish through cats and dogs to farm and zoo animals. The Cologne-based company has ordered 24 boxes from Van Riemsdijk Rotterdam BV able to hold three horses apiece, which it helped develop. The containers fold for loading in the bellies of passenger planes, where pets usually travel.

The busiest routes include those to and from the U.S., Beijing, Singapore and Dubai, Sharjah and Qatar in the Gulf.

Private clients must use specialist shipping agents such as industry leader Peden Bloodstock of the U.K., which handles import procedures and health documentation and provides so- called flying grooms who care for animals during transport.

“Demand is continuously climbing as the sport enthuses more and more people, especially in Asia,” said Isabelle Atock, a senior consultant at Peden, which transports horse for the Olympics and most major championships, including the Onassis show in Rio, according to its website.