Carnival is going to retrofit its massive fleet to expand onboard emergency power, but generating some candor out of this insulated executive team will be a much more difficult task.

Update: Here are some of our favorite tone-deaf quotes from Carnival officials during the conference call:

Howard Frank, COO, on the Carnival Triumph fiasco:  “Although our emergency generator power was not adequate to provide effective passenger comfort, the emergency systems we had on board are in accordance with and, in fact, go beyond the latest regulatory guidelines.

“But having said that, we will make the changes necessary to provide even greater redundancies to our shipboard systems and, in the event of a loss of power, to increase the emergency generator power to provide a more effective level of comfort to the passengers and crew on the ship.”

CEO Micky Arison on the booking hit from the Triumph: “I mean, it wasn’t at all — let me put it this way. It wasn’t anything like we’ve had in the past, September 11 or other issues. We had nothing like that. It wasn’t — we didn’t go negative, plus we didn’t have lots of cancellations. Yes, okay. But we had a double-digit decline in bookings.”

Arison, downplaying the impact of the Triumph and Dream incidents: “Just to give you a sense, the Triumph event affected 3,000 passengers, unfortunately. The Dream event, which was a couple of hours of outages — outage, it was really — I mean, on the Dream, everything’s been operating fine. We had one closed public room toilet that got huge amount of publicity. But last night, we had — we brought in Jon Secada to do a concert for the passengers on the Dream. So that was 3,000 passengers. The Dream was 4,000 passengers on a base of 4.4 million passengers that Carnival Cruise Line carries. And they come back 98%, 99% very happy. So that — I mean, that’s what’s going to drive the strength of the brand.

Well, at least the Carnival Triumph disaster didn’t have the impact of September 11th.

Carnival CEO Micky Arison made that tone-deaf, look-on-the-bright side comparison today as the world’s largest cruise company emerged in full spin-mode to downplay its woes in the wake of the Carnival Triumph fire in February, and problems with the Carnival Dream and Carnival Legend over the last few days.

Seeking to blunt the frenzy of bad publicity, Carnival officials explained that the Triumph and Dream incidents only impacted 7,000 passengers; that the fire suppression system on the Triumph worked well and there were no fatalities, and that “advisors” are busy crafting a new public relations message to keep people sailing.

Carnival rushed its first quarter results and released them ahead of schedule today so the company could address concerns about the Dream and Legend incidents.

Howard Frank, Carnival Corp. COO, noted that the Dream‘s problems, which he characterized as a power outage for a few hours in port Wednesday night, normally would not have received as much media attention were it not for the Triumph incident.

Frank announced that Carnival throughout 2013 and 2014 will install “increased redundancy and expanded emergency power” systems on Carnival ships, although the fixes may vary from ship to ship. 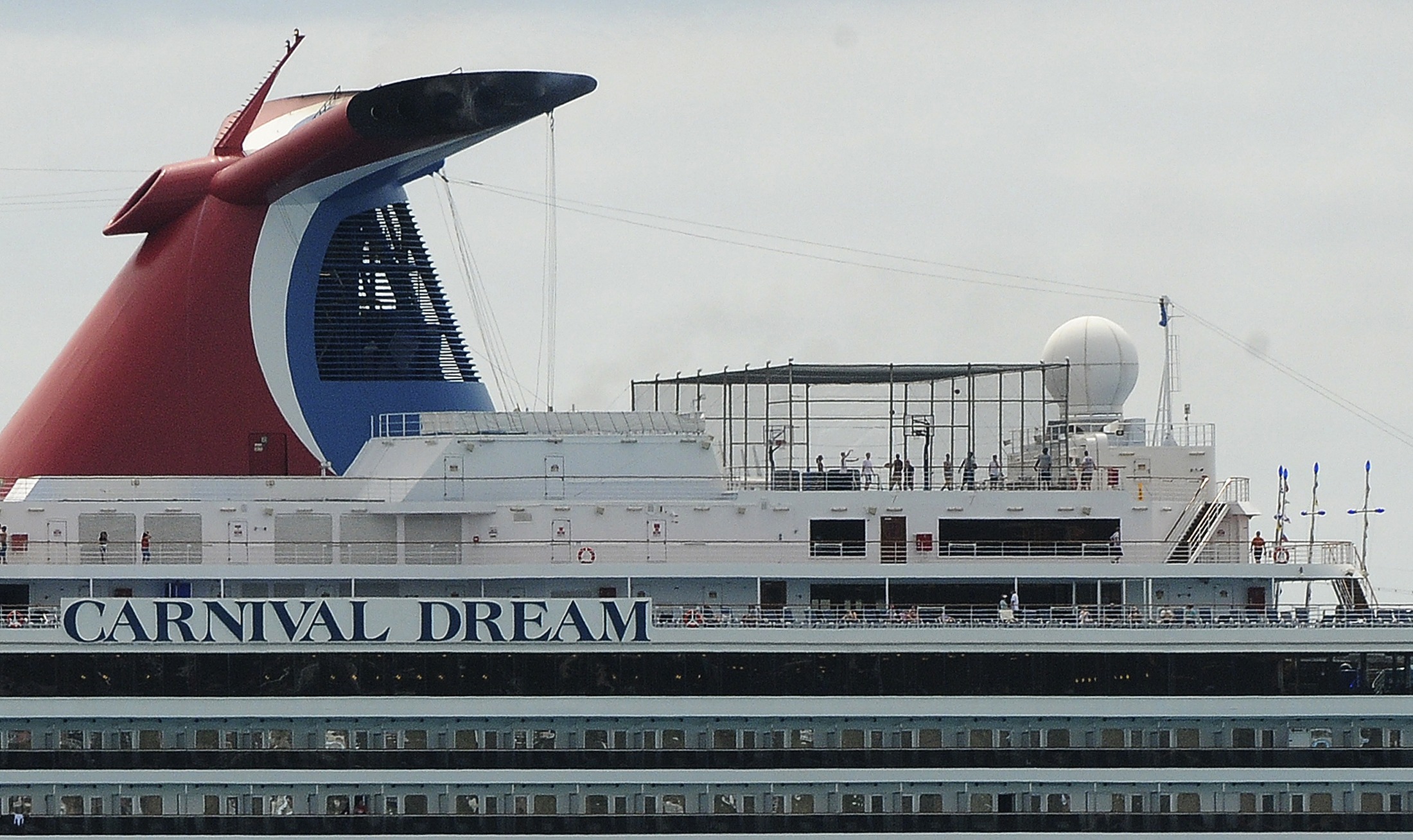 Carnival’s review of all its ships is under way, and could take a few more weeks to complete, officials said.

Asked about the number of dry-docks planned for the fleet over the next year or two, CFO David Bernstein said: “We recognize that the fleet has gotten a little older than it was 15 years ago.”

He said 425 dry-docks were planned for 2013, and that “vessel enhancements” would impact earnings by about 5 cents per share, although the estimate is “very preliminary.”

“At this time, cumulative advance bookings for 2013 are behind the prior year at prices in line with the prior year levels,” the company stated. “Since January, booking volumes for the remainder of the year, including Costa, are running significantly higher than last year at slightly higher prices.”

Frank said it is difficult to estimate the financial impact of the power outage this week on the Carnival Dream because normally it wouldn’t have received the media attention it is getting.

Because of its recent difficulties, Carnival Corp. has lowered its guidance for 2013, stating that net revenue yields would be on par with 2012, while in December Carnival had forecast that they would increase 1% to 2%.

Photo Credit: Beds line one of the outdoor decks on the Carnival Cruise ship Triumph in this handout photo courtesy of Jacob Combs. Handout / Reuters