The new chain carries the trend of smart design and tech friendliness in budget hotels, with Ikea's expertise on keeping costs low on infrastructure.

Marriott International Inc., the largest publicly traded U.S. hotel chain, and Ikea’s parent will start a chain of European budget hotels, with the first due to open in Milan in 2014.

Moxy Hotels will have 150 locations in Europe over the next 10 years, Marriott, based in Bethesda, Maryland, said in a statement today.

“We see a huge opportunity to expand our market share in Europe,” said Amy McPherson, president of Marriott International in Europe. “The economy tier in Europe represents nearly half of total room supply, yet only 20 percent of these hotels are branded.”

Moxy will open in countries including Germany, the U.K., the Netherlands, Belgium and Austria, Marriott said. Inter Hospitality, a subsidiary of Inter Ikea Group, will develop and own the properties, according to the statement.

“The new brand will fuel Marriott’s companywide growth in the region, which is expected to reach 80,000 rooms by 2015,” Marriott said.

From WSJ: Ikea’s parent Inter IKEA is investing around $500 million for around 50 budget hotels in Europe in the next five years…The hotels won’t use IKEA furniture or its designers. Instead, Inter IKEA came up with novel construction techniques to keep construction costs down. Many of the hotels will use rooms prefabricated offsite and then assembled like IKEA furniture, a modular type of construction that is new for Marriott. 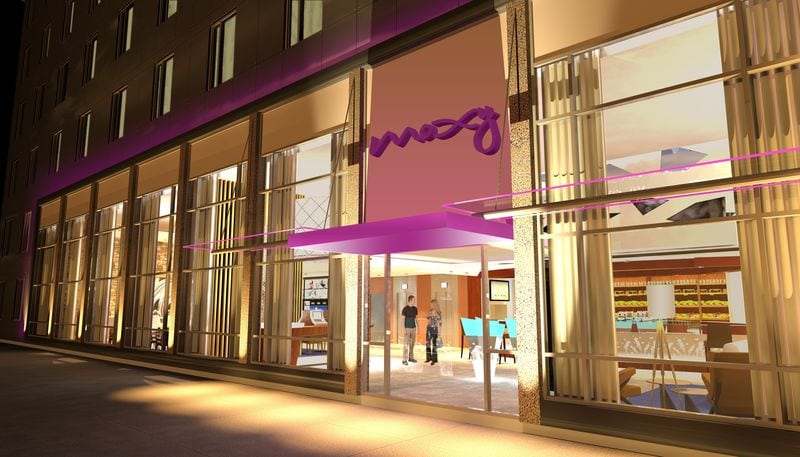