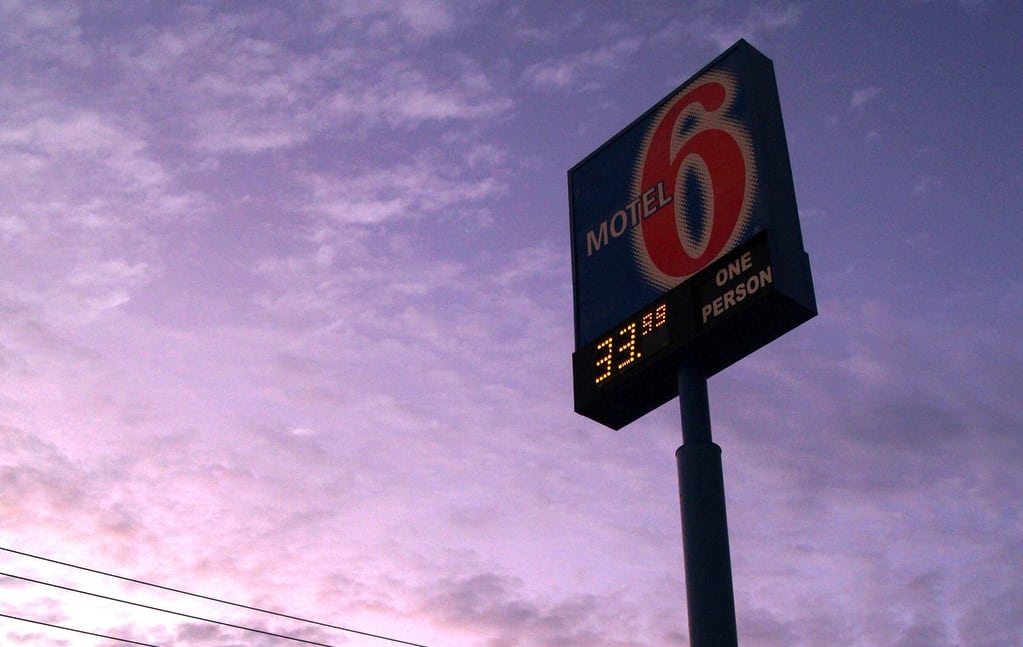 Valerie Campbell was in her third-floor motel room Sunday afternoon when San Bernardino County Sheriff and Fire officials showed up at the door.

“They just came to the door and told us to evacuate,” Campbell said Monday. “They moved us to a room on the second floor for a short time. The hotel personnel was very, very helpful to us.”

She found out later authorities were busting a meth lab in one of the rooms on her floor. Deputies from the San Bernardino County Sheriff’s Hesperia station and Sheriff’s Narcotics Division arrested 38-year-old Asinia Atiba Johnson at the Motel 6 in the 9700 block of Cataba Road.

Crime scene investigators, along with a hazardous materials team, removed the lab from the motel room, according to Sheriff and Fire officials. Campbell and other third-floor occupants were allowed to return to their rooms after a few hours.

Employees at the Motel 6 in Hesperia said they couldn’t disclose any information and told the Daily Press to contact the corporate office for inquiries Monday. Motel 6 corporate officials couldn’t be reached by press time.

Johnson was living in the motel room, according to a Sheriff’s news release. Campbell said she never suspected there was a meth lab at the motel.

It’s unknown what triggered the raid or how long the meth lab had existed at the motel.

A teenage girl who was also staying on the third floor said Johnson’s room had been sealed off for a few hours Sunday. The room wasn’t sealed off on Monday, the girl said. Her custodians asked the Daily Press to keep the girl’s name out of the report because she’s still a minor.

She said she didn’t see or smell anything suspicious before the bust.

Johnson was booked into the Victor Valley jail for parole violation, possession of components for drug lab and identity theft, according to Sheriff’s officials. His bail was set at $100,000.

He’s scheduled to appear in Victorville court Wednesday, according to the Sheriff’s website.