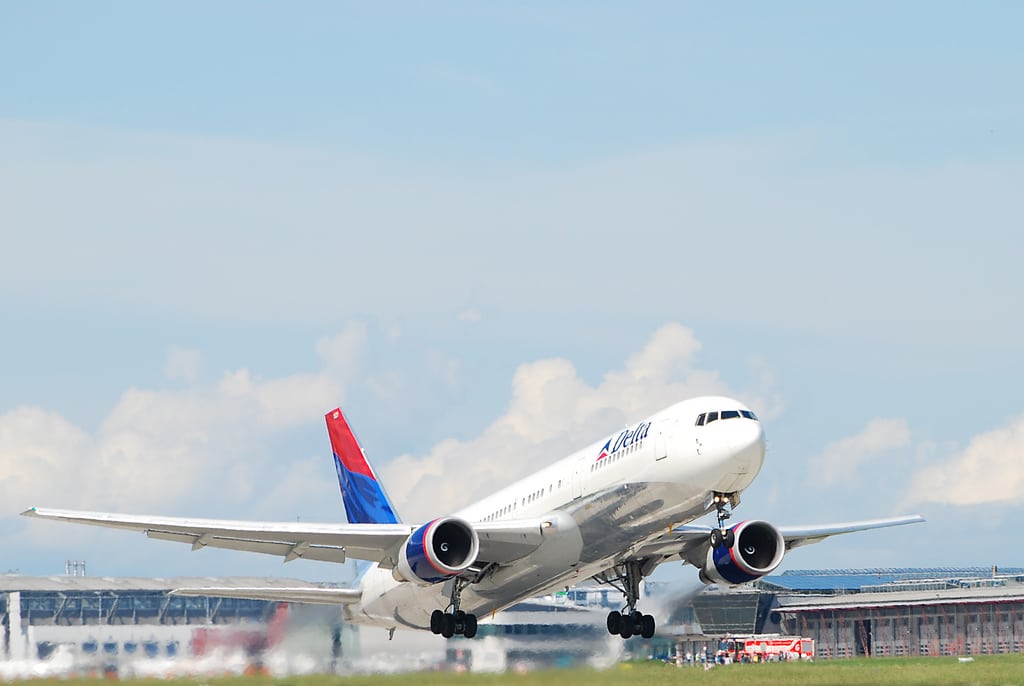 Skift Take
The expected proportions of the deal mean that Delta would be getting a significant discount compared with what Singapore Airlines paid for its stake in Richard Branson’s Virgin Altantic.
— Dennis Schaal
Share
Tweet
Share
Post
Send

Delta Air Lines Inc. (DAL) is nearing a deal to buy a 49 percent stake in Virgin Atlantic Airways Ltd. from Singapore Airlines Ltd. (SIA) and may pay less than $500 million for it, three people familiar with the matter said.

The price range is $300 million to $500 million and an agreement may be announced this week, said the people, who asked not to be identified because the talks are private.

Singapore Airlines paid 600 million pounds for the Virgin Atlantic stake in 1999, or about $966 million now.

Delta and Virgin Atlantic may seek a joint venture on trans-Atlantic routes as part of the arrangement, two of the people said. Virgin Atlantic’s base at London Heathrow airport is a gateway for flights across the North Atlantic, the world’s most lucrative market for premium passengers.

“Heathrow access, that’s what Delta finds attractive here,” said Savanthi Syth, an analyst at Raymond James & Associates Inc. in St. Petersburg, Florida, who rates Atlanta-based Delta outperform. “This is not necessarily a carrier that they expect to make a big return on investment on. There’s a reason Singapore is getting out.”

Virgin Atlantic, founded and majority-owned by U.K. billionaire Richard Branson, posted a pretax loss of 80.2 million pounds ($129 million) for the year ended in February, and has delayed adding planes.

Representatives of Virgin Atlantic, Singapore Airlines and Delta declined to comment about the sale process.

Delta, Air France-KLM and their SkyTeam partners are the smallest alliance group at Heathrow, with about 5 percent of takeoff and landing slots. Oneworld, led by British Airways and AMR Corp.’s American Airlines, dominates with almost half of all service, followed by United Continental Holdings Inc. and its Star Alliance partners with about a quarter of slots.

Singapore Airlines said last week that negotiations with “interested parties” were under way and may not result in a transaction. The company has written off goodwill amounting to about 96 percent of the purchase price of Virgin Atlantic, a spokeswoman, Germaine Shen, said last week.

A “reasonable price” for the 49 percent Virgin stake would be about $200 million to $300 million, a Barclays Plc analyst, David Fintzen, wrote in a Dec. 7 note to clients.

Today, Branson rejected speculation that he might give up control of Virgin Atlantic and that the carrier’s brand, shaped by perks such as a cheese cart and champagne for passengers, might disappear.

On his blog, Branson pledged 1 million pounds to the staff of British Airways “if Virgin Atlantic disappears within say five years.”

Virgin Atlantic operates about 40 planes, while Delta, the world’s second-largest carrier, has 725 aircraft in its main jet fleet.