Nearly half of all hotels in Copenhagen have gone green The green movement gained momentum in Copenhagen after it hosted the UN climate change summit and has remained driven to reach its goal of a carbon-neutral industry by 2025.

Hoteliers in the capital of Denmark are letting their green flags fly as they emerge on the front lines of sustainability in the global hotel industry. According to Danish hotel, restaurant and tourism trade association, HORESTA, 65% of Copenhagen’s hotel rooms, representing nearly half the city’s supply, have a globally recognized eco rating such as Green Key. 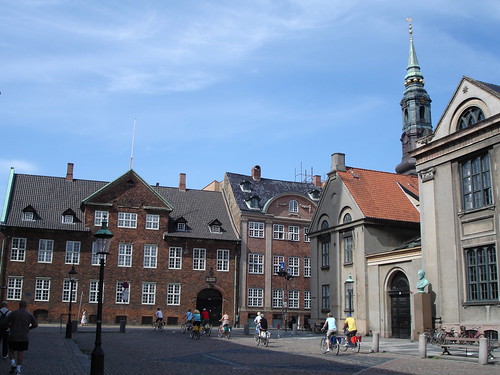 Large hotels are the biggest drivers of the green movement in Copenhagen. Photo by Jim G.

In 2009, Copenhagen hosted COP 15, the United Nations climate change summit… “The rise in the number of environmentally certified hotels is partly due to that event. At the close of 2008, only 8% of the hotel rooms where certified. (At the) end 2009, the number was 51%.”