Triposo realizes that one mobile device isn’t enough for most modern travelers and pushes users’ bookmarks from tablet to smartphone to be used with its localized travel data on the go.

Triposo has updated its travel guide app for iOS and Android  to 2.0 and brought in some smart ideas about how travelers can make the most of their iPad and smartphone while traveling.  Now with 2.0, users get a new iPad interface that allows them to bookmark places that they’d like to visit, which can be synced to their iPhone or Android. Then, when a user heads out and consults their downloadable guide on their smartphone, they can see what places they’ve bookmarked. 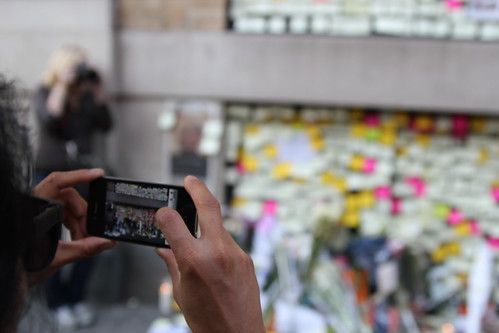 The upgrade also introduced an in-app journal to store images and notes from the day. Photo by Ultroslo1.

I chatted with Richard Osinga, one of the co-founders of Triposo about the upgrades to 2.0 and he said it was about addressing the ways that people really travel today. So many people now tote iPads when they go on the road, but they don’t like to carry them while out on the street, instead relying on their smartphone.