Southwest launched a Spanish-language version of its site Thursday morning, although translations are not yet available on its mobile site or app. The airline is looking to expand its routes overseas and is currently improving international capabilities to complete the integration of AirTran Airways, which it acquired in May. AirTran already fliesto several cities in Mexico and the Caribbean Islands. 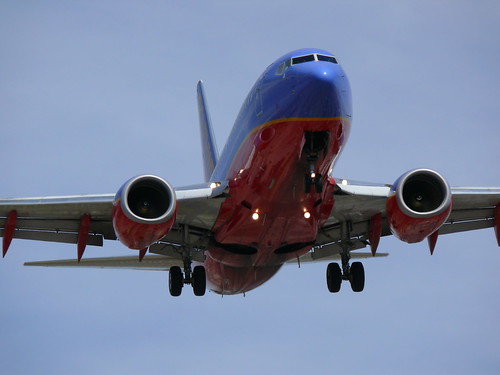 Southwest looks to offer overseas flights in the next two years. Photo by Zen Skillicorn.

Kevin Krone, Vice President of Marketing, Sales, and Distribution for Southwest Airlines explains the reasoning behind the translation in this statement: “With our new international service provided by AirTran Airways, and the imminent growth of our airline, we knew translating southwest.com into Spanish was the smartest way to enhance our website.”

Southwest CEO Gary Kelly announced the airline was looking to international routes to boost profits after the airline reported a third-quarter net profit of $16 million this month. This was huge improvement over third-quarter earnings in 2011 when Southwest reported a net loss of $140 million.

Earlier this month Orbitz launched a Spanish-language mobile and desktop site and claimed to be the first to do so in the US market.