Skift Take
The year-long renovation was mainly a spruce up that made stairs to the crown less steep, increased wheel-chair accessibility, and prepared the statue to handle an additional 26,000 tourists a year.
— Samantha Shankman
Share
Tweet
Share
Post
Send

The Statue of Liberty is set to reopen to the public on Sunday, the U.S. landmark’s 126th anniversary. 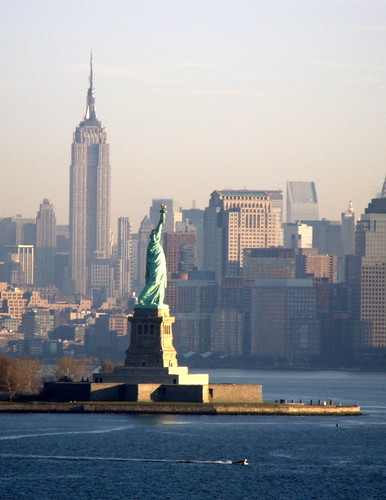 Liberty Island grounds have remained open during the renovations. Photo by Thomas Matthews.

The statue has been closed since last October for renovation to its interior, although the public has been allowed to visit its Liberty Island grounds in New York Harbor.

The $30 million renovation that began last year included replacing the stairs to the crown and making them less steep. There are now 393 steps, instead of 354.

For the first time, visitors using wheelchairs will be able to visit one of the observation decks at the top of the pedestal. National Parks Service spokeswoman Mindi Rambo said that is as high as it’s possible to provide wheelchair access while preserving the historic structure.

The statue, a gift from France, was dedicated on Oct. 28, 1886. It was conceived to symbolize the friendship between the two countries and their shared love of liberty.

About 3.5 million people visit the statue every year. Parks Service official said the renovations will allow an additional 26,000 people to visit inside the monument annually.