Skift Take
Tours, even if they’re in your own city, foster one kind of travel education by highlighting the history behind mundane buildings or empty fields and making them come to life.
— Samantha Shankman
Share
Tweet
Share
Post
Send

The legendary James Bond producer Cubby Broccoli always maintained that he added nothing to the film adaptations of Ian Fleming’s books. Except for one phrase. Waiting in a Las Vegas bar one night in the Fifties, he noticed his neighbour repeatedly flicking a coin, and with unerring accuracy predicting heads or tails. The man handed the coin to Broccoli to throw – and still continued to guess correctly each time. “That’s the best trick I’ve ever seen,” Broccoli finally admitted. “It’s not a trick,” the man retorted. 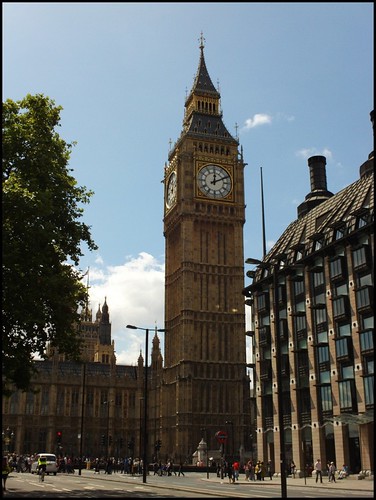 “Excuse me, Mr Broccoli, your table is ready,” murmured a waiter. Exiting the bar, the film producer asked, “Well, you know my name – what’s yours?”

Broccoli was shaken and stirred, and immortalised the adapted line in Dr No.

There are 20 of us listening, rapt, to this story, as we stand outside The Economist building in London’s West End, one of the stops on London Walks’ Spies & Spycatchers tour – a great way to see some of the real locations from Britain’s cloak-and-dagger past.

We’d already heard from our guide, Alan Titchard, how to evade surveillance when eating at a restaurant, seen where Ian Fleming was arrested on suspicion of being a German spy during the Second World War; and learnt, outside Eisenhower’s wartime headquarters, about the founding of the US secret intelligence service, the OSS.

Titchard’s two-hour walk, which leaves from Piccadilly tube station at 2.30pm prompt every Saturday afternoon, incorporates an entertaining blend of espionage fact and fiction. Bond, of course, is firmly in the latter category.

“How on earth can you be an agent, secret or otherwise, if you drive an eye-catching Aston Martin, you’ve got some of the world’s most beautiful women by your side and you can’t, it seems, walk into a hotel, club or restaurant without a member of staff saying, ‘Mr Bond, how nice to see you’?” demands Titchard, whose own Homburg hat, green carnation and loud waistcoat (he’s come hotfoot from an Oscar Wilde tour) renders him less than inconspicuous himself.

The reality of the “wilderness of mirrors”, he reminds us, is considerably less glamorous than the world of 007. “John le Carré, real name David Cornwell, actually worked for MI5 and MI6,” he says. “So his characters, people like George Smiley, are far closer to the real thing than James Bond – whether he’s played by Roger Moore or Daniel Craig.”

Still, Titchard has had a soft spot for Roger Moore ever since the actor rushed out of a branch of Coutts bank, clearly in a hurry, just as Titchard’s tour group was passing – and paused to sign autographs and chat to each of them.

And when it comes to flamboyance, the antics of some of the Cambridge Five, Moscow’s extraordinarily successful British spy operation, are a cautionary tale. Guy Burgess regularly sauntered from the MI5 offices that Titchard points out to us, his briefcase stuffed full of official secrets for his Russian controller to copy. Polite security enquiries as to the contents were met with the absolute truth; which, of course, was taken as a joke. Later, we pause outside the wartime offices of MI6, where Kim Philby rose through the ranks, remaining above serious suspicion for years. Titchard quotes John le Carré to explain the phenomenon of “hiding in plain sight”. “The more you pay for a fake picture, the less inclined you are to question its authenticity.”

Ultimately, however, the Soviet Union proved no workers’ paradise for those of the Cambridge Ring who decamped to Moscow. Titchard is not surprised. “What I don’t like about communism is that it’s dull,” he remarks. “Name me one famous Soviet comedian.”

Nobody, of course, could accuse Bond of dullness.

Indeed, both Titchard and Justin Roxburgh, another London Walks guide who leads an occasional Saturday night Shaken not Stirred pub walk, beginning near Fleming’s birthplace in Green Street, Mayfair, acknowledge that an essential ingredient for the brand’s success in the Fifties was its contrast with drab, austerity-ridden Britain.

But Roxburgh warns us that Daniel Craig will not be asking for anything shaken or stirred in Skyfall, preferring Heineken this time around. “Product placement is nothing new in Bond,” he explains. “Indeed, it was a way for Fleming to define the character, based largely on his own preferences. Bond’s grooming in the books is precise to the point of camp. His favourite shampoo? Pinaud Elixir, Fleming’s own choice.” Fleming and Bond also favoured Fleurs des Alpes soap by Guerlain, and Floris’s Lime Bath Essence. Floris, recounted Roxburgh, expressed gratitude for its bath essence appearing in Dr No by sending Fleming a token of their appreciation – one bottle. Well, times were hard.

Both guides reveal the provenance of Bond villains’ names.

“If there was one thing Fleming enjoyed more than sadomasochism, it was cricket,” reflects Titchard. He joined the MCC and became a Lord’s Taverner, meeting a man named Blofeld who became a friend and the willing donor of his name. Less willing was the Hungarian architect Goldfinger, whose glass-and-steel creations infuriated Fleming; a flurry of writs followed the use of his name, and, says Roxburgh, to the end of his life Goldfinger was plagued with nuisance telephone callers breathing “007 here”.

On the release of Dr No, Fleming’s book sales jumped to 100,000 a year, appealing to readers both in Britain and abroad. Bizarrely, Roxburgh tells us, both John F Kennedy and his assassin, Lee Harvey Oswald, were said to have been reading a Bond novel shortly before their rendezvous in Dallas.

Yet despite the glamour associated with the fictional spy world, the mundane and sometimes vicious realities of real espionage have outlived the Cold War. “They’re still bumping each other off,” says Roxburgh, a point brought home on both tours when we pass the Itsu sushi bar on Piccadilly, of Litvinenko and polonium notoriety.

“You’ll always have spies, because the other side will always have spies,” agrees Titchard, quoting George Orwell. And while that grim reality continues, there will always be a place for the sanitised version, a world of glamorous girls, high-end casinos and fast cars, where the latest incarnation can declare: “The name’s Bond… James Bond.”