The Norwegian Getaway won’t set sail from its Miami homeport until February 2014, but early bookers receive a great deal if they’re ready for the commitment.

Notice for those who like to be first: Norwegian Cruise Line has opened bookings for its Norwegian Getaway. The 4,000-passenger ship sets sail on Feb. 1, 2014, from Miami. It’s the largest ship to homeport year-round in that city. 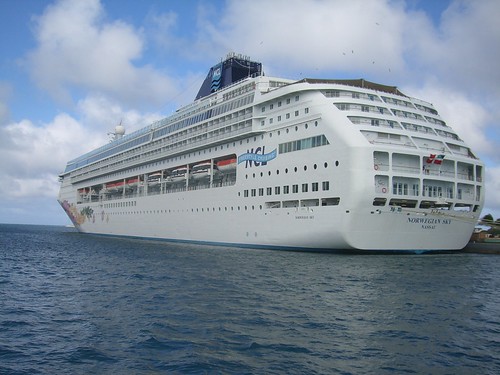 The Norwegian Getaway was named by a USA Today reader. The above cruise is the Norwegian Sky. Photo by Julie Corsi.