Skift Take
Jennifer Bradley was the first British woman to cross the US on foot, a journey that takes more preparation than any standard cross-country journey but provides an unmatchable experience.
— Samantha Shankman
Share
Tweet
Share
Post
Send

This summer, I ran across the USA from the Pacific to Atlantic in 80 days, on trails wherever possible. I was the first British woman to cross the US on foot. 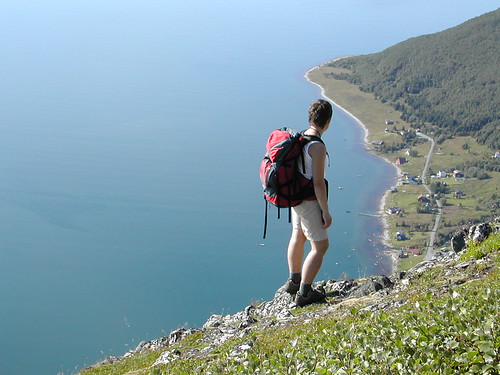 How did the idea come about?

A friend, James Adams, ran from LA to New York last year (and wrote about it for the Telegraph – see here ).

I was looking for a similar trip but without so much road running. An American (recently retired from the Navy) advertised for fellow cross country runners to join him on a route using as much trail as possible, and I piggy-backed on his military-style organisation and impeccable planning.

Did you go alone?

No, I couldn’t have done this alone. There were four runners who started the run – three American men and me. We also had a big crew (about 20 people helped over the whole summer) driving our gear, providing us with food and drink along the way. I also had massive support virtually from back home!

When did you go?

We set off on May 30 on the Pacific coast of Washington state and finished on the Atlantic side in Delaware on August 17. I had to take special leave from work, who were very supportive.

Can you pick out a highlight of the journey?

Some of the trail running was through really stunning countryside. In particular the panhandle of Idaho – the Coeur d’Alene trail – was beautiful.

Any encounters with the wildlife?

Yes, I saw a moose just off the trail, in the undergrowth, eating away at the bushes. It was only about 10 or 15 metres away. I stopped to take a picture on my phone, but it was really poor quality – it’s not that obvious it’s a moose! Or maybe it was just well camouflaged.

We had also been told there were bears along a couple of sections of the trail, from Washington into Idaho, and in Montana as well. In Idaho, I was in a really wooded section, away from the trail and just heard this big crashing around me. At first I thought it was a tree falling down, it was so loud.

I turned round and saw a bear running off. It was a big bear, but I didn’t stop to work out what species it was – I starting moving in the opposite direction fairly quickly!

Any moments when you regretted the trip?

Yes, a couple. When I tore a muscle (top of the thigh) in the first week and walked for several days in pain. At that stage I was in quite a lot of pain, and thinking that I was probably going to have give up – but kept on going with everyone’s support. Then during the middle portion I became pretty bored with the endless cornfields and cattle farms in Iowa and Illinois.

What was the trickiest bit?

Apart from injuries and running-related fatigue the worst moment was being stopped in Montana and told by the local deputy sheriff that the road ahead had collapsed under the heat of a wildfire and the route was impassable, even on foot. We spent a nervous two hours trying to figure out a diversion which was difficult as the US highway we were on was pretty much the only main road through miles and miles of very remote Montana. Eventually we re-routed down small, dirt roads and ended up having to leave Montana early and go south into Wyoming…

Best tip to someone following in your footsteps?

The logistics of such a trip are even harder than the running – do everything you can in advance from hotel booking to arranging deliveries of new shoes. There is very little time to arrange anything when you’re running for 8-9 hours a day. That and shoe rotation – my feet survived well with different pairs of trainers every couple of days.

Still running! I have been getting back to normal life in London, and looking into running across Australia, but logistically that would be very difficult – you really are in the middle of nowhere in sections. But a race called the Trans-Gaul, which goes across France, is a real possibility next summer.

Read Jennifer Bradley’s blog about her run across America, or sponsor her chosen charity here .