Procrastinators beware: Don’t put off booking holiday airline travel this year, unless you want to pay more and get stuck in a middle seat in coach.

“It’s eerily similar to last year,” said Brian Ek, spokesman for Priceline.com. “Those who booked early got the best seats and saved the most money.” 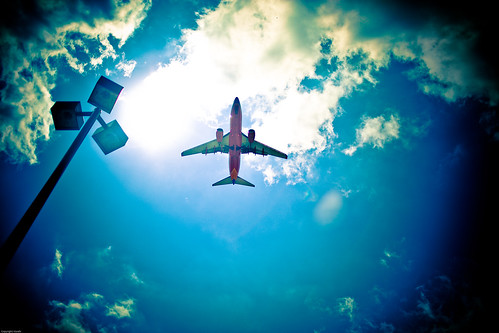 Priceline and Orbitz agrees that airfares will continue to rise as the holiday season approaches. Photo by Vox Efx.

While fare data can conflict, airline experts agree on one thing: Holiday ticket prices will generally rise from here. Count on paying $3 more per seat for every day you put off booking, said Rick Seaney, co-founder of FareCompare.com.

“The holidays are about getting a better bad deal,” he said. “There are not going to be any good deals.”

And if you wait too long, forget about booking an aisle or window seat — or keeping multiple travelers seated together — on most routes during the busiest travel days.

“In the past couple years we did see fare decreases right before the holidays, but they were only for the 6 a.m. connecting flights and only middle seats were left,” said George Hobica, founder of Airfarewatchdog.com. “If you really want the flight and the seat that you want, buy now.”

Early data show fares to and from Chicago airports could be markedly higher, at least according to Priceline bookings. For example, fares are 13 percent higher for Thanksgiving to and from O’Hare, while people going through Midway are paying 14 percent more during Christmas.

Orbitz, on the other hand, found that average Thanksgiving airfares to Chicago — the third-most-popular domestic destination for turkey day — were flat, within a dollar of last year, based on its own bookings.

Regardless, the advice is the same.

It’s advice many travelers are heeding. An Orbitz survey showed 47 percent of holiday travelers said they’re booking early, and the vast majority will have booked by the end of October for Thanksgiving and Christmas. “Your best bet is not to wait. … We don’t anticipate seeing any fare sales between now and Thanksgiving,” Tornatore said.

One reason ticket prices might be more expensive this year is because fewer seats are available. Many airlines have cut flights to preserve profits by flying fuller airplanes.

“With the airline mergers and the seat cutbacks that took place over the past couple years, there is very little incentive for those fares to go lower,” Ek said.

Capacity cutbacks don’t affect Chicago as much because it has a plethora of flight options at its two major airports, experts said. The abundance insulates Chicago from fare increases due to supply cuts.

However, holiday fares tend to be higher from Chicago to Southern destinations, as some people use the holidays to not only see family but also take a warm-weather vacation. The Orbitz survey showed nearly 60 percent of people plan to take a vacation over one of the holidays.

Still, airline ticket prices can only go so high before it starts to hurt demand, Hobica said.

“They can only raise fares so much before people say, ‘The hell with it, I’m not flying. I’m not going to put up with the TSA and baggage handlers and the surly service. I’m just going to drive or I’m going to stay home,'” he said. “There’s a point at which fliers do not get off their La-Z-Boys.”

Besides booking holiday tickets now, the best advice for getting a good airfare is to be flexible, experts said.

Those who can adjust departure and return dates, or even change times to early morning or late night, can get better fares.

“If you’re unwilling to have some flexibility, you’re going to pay anywhere from 25 to 40 percent more,” Seaney said.

In the Orbitz survey, 43 percent of travelers said they plan to avoid travel on peak days, such as the day before Thanksgiving and the Sunday and Monday after Thanksgiving. Flying on the actual holidays –Thanksgiving, Christmas and New Year’s — can be cheaper because demand is lower.

Although airlines in recent years have been reducing the number of seats available, it won’t mean a difference in crowds at airports, especially large ones such as O’Hare. Most of those so-called capacity cuts have come on flights to and from small airports.

“Holiday travel is always crowded,” Ek said. “There’s no way to get around it, so leave plenty of time to get to the airport and get through security.”

If you must travel on a heavy day, consider paying the $10 or $20 for early boarding — what Seaney calls a “cut-in-line fee” — to make sure you get overhead bin space for your carry on.

“You might as well go ahead and cut in line because you’re not going to get your bag on that plane unless you’re in the first boarding group,” he said.

Fortunately, rampant flight delays with United and American airlines — the city’s biggest carriers — seem to have abated, although the usual holiday congestion and potential for poor weather remain risks for getting to your destinations on time.

One way to increase the chances your flight will be on time is to fly in the morning. Flight delays tend to cascade and compound through the day.

“By late afternoon, you can see major delays across the board,” Tornatore said.