The Olympics led to lost money for sponsor Eurostar this summer The boost from Olympic passengers wasn’t enough to cover the losses that resulted from a slow tourist season in England, but revenues are back on the rise as tourists return to London.

Eurostar saw revenues drop five per cent over the summer despite carrying 31,000 more passengers during the London 2012 Olympic and Paralympic Games, for which it was an official sponsor. The high-speed rail operator said passenger numbers were up four per cent during the Games compared with 2011 but the number of leisure travellers coming from the continent to London in July was lower than last year. 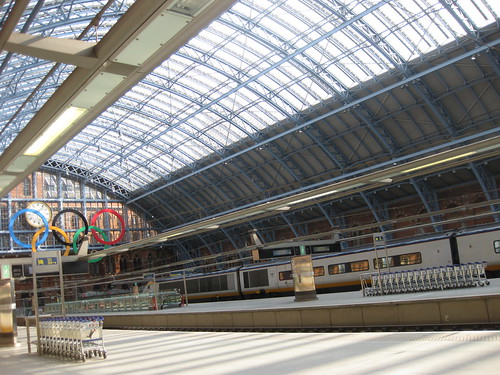 Bookings are back up for Eurostar as regular tourists return to England. Photo by RubyGoes.

The business market was similarly impacted as companies advised their employees to steer clear of the capital in the run-up to the Olympics, it said. However, since the end of the Games, Eurostar has seen a growth in passenger numbers and sales revenues, signalling a positive outlook for the fourth quarter.