Ryanair strips down its cabin crew again for 2013 charity calendar Ryanair succeeds its sharing suggestive shots of its cabin crew in the name of charity, but other airlines who have shamelessly crossed the line have had their campaigns banned.

As Ryanair releases its latest calendar, we look at the most outrageous marketing campaigns involving scantily-clad cabin crew. 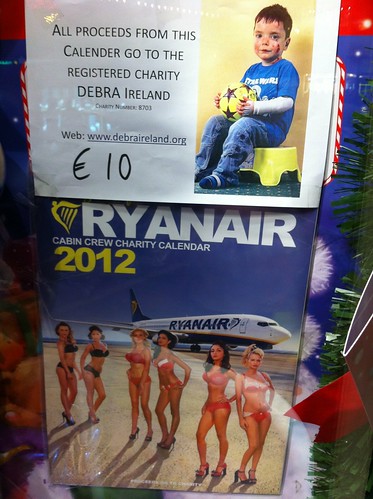 Despite being heavily criticised for its 2012 offering, the budget airline Ryanair has launched another charity calendar featuring scantily-clad cabin crew. The airline’s 2013 calendar, sold to raise money for Polish charity TVN, features cabin crew in a variety of provocative poses. Ryanair has raised more than £600,000 for TVN since 2001 and the airline is hoping to raise a further £100,000 from the proceeds of the 2013 calendar.

Richard Branson is also renowned for a string of publicity stunts to promote his Virgin Atlantic brand. Publicity stunts that invariably involve Sir Richard grappling with a bevy of beautiful women. However, the Virgin boss is not adverse to exposing his own flesh in the name of publicity.

Other airlines to face critcism include the Russian budget airline Avianova Airlines after it depicted scantily clad women cleaning the exterior of an aircraft in what the FAAA described as a ‘demeaning’ and ‘distasteful’ portrayal. The Russian airline Aeroflot went one step further in 2010 when images from a nude calender of its cabin crew were leaked on the internet.

While Air New Zealand staff were persuaded to appear naked except for a coat of paint in a campaign to encourage fliers to watch the in-flight safety film. However, in 2010 flight attendants from the now defunct Spanish airline Air Comet stripped off in protest at not being paid for more than nine months. The calendar was sold to highlight their plight and to raise money for unpaid staff.