Amtrak is having its most successful year ever thanks to disgruntled fliers and business travelers looking for reliable Wi-Fi. Politicians should switch the discussion from cutting funds to investing in faster networks.

Amtrak’s broken ridership records are beginning to sound like a broken record. As the above chart shows, the 2012 mark was the ninth annual record in ten years. September’s numbers marked a twelfth consecutive monthly record. July of 2012 was the single best month in Amtrak’s 41-year history. 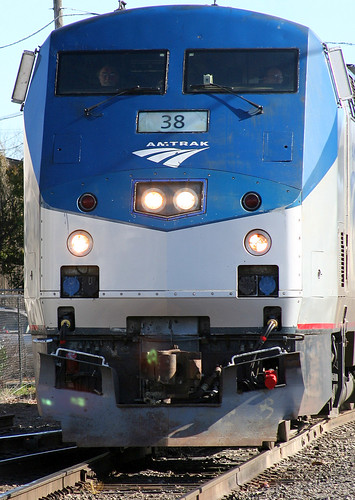 The bulk of Amtrak’s success comes from the Northeast Corridor. Photo by Bruce Fingerhood.

What’s most impressive about Amtrak’s recent success is that it’s not attributable to any one clear factor but rather speaks to a general attraction toward train travel. Amtrak itself points to improved services like WiFi and electronic ticketing, as well as high gas prices. In the Northeast Corridor the shift reflects sustained discontent with air travel; as the New York Times recently reported, Amtrak now captures 75 percent of the intercity market between New York and Washington, and 54 percent between New York and Boston. A growing perception of the train as a “mobile office” surely contributes as well.