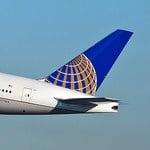 Skift Take
The challenges to United begin at airport security, which at the time of the 9/11 attacks was manned by mall cop rejects employed by companies that bid the lowest so as to keep costs lower for airlines that footed the cost.
— Jason Clampet
Share
Tweet
Share
Post
Send

A judge on Thursday questioned whether United Airlines could be held responsible for suspected airport security lapses that allowed hijackers onto the American Airlines plane that slammed into the World Trade Center on September 11, 2001.

Thursday’s hearing before District Judge Alvin Hellerstein in Manhattan stems from one of the few remaining lawsuits arising from the hijacked plane attacks, which killed more than 3,000 people in New York, the Pentagon outside Washington, and Pennsylvania.

An airborne United 777. Photo by InSapphoWeTrust.

While most of the cases have settled, Larry Silverstein, the leaseholder of the World Trade Center property, is pursuing negligence claims against United Airlines, now United Continental Holdings Inc, and American Airlines. Silverstein says they should both be held liable for loss of property and business.

Silverstein argues that United is responsible for suspected security failures that resulted in the hijacking of American Airlines Flight 11, which slammed into one of the towers.

Those failures, the court heard on Thursday, began very early in the morning of September 11, 2011, when hijackers Mohammed Atta and Abdul Aziz al Omari set out on their trip.

That morning, Atta and al Omari boarded a US Airways flight from Maine’s Portland International Jetport to Boston. From Logan International Airport, they connected onto Flight 11, which they commandeered and crashed into the World Trade Center.

Silverstein argues that because United was one of the carriers that operated Portland’s only security checkpoint, it is responsible for the screening of all passengers that passed through it, regardless of what flight they are ticketed for.

United “had to be really vigilant when it did the screening,” World Trade Center Properties attorney Richard Williamson told the court. “The first line of defense was Portland…. They were just asleep at the switch.”

“Would I be acting inconsistently if I did not dismiss United?” the judge asked, referring to a 2009 order in which he dismissed claims against other airlines for damages caused by United Flight 175, which also crashed into the World Trade Center.

“The duty is to the passengers on our flights,” United attorney Jeffrey Ellis told the court.

Hellerstein said he would reserve decision on whether to grant United’s bid to dismiss the damage claims over 7 World Trade Center and the American flight.

Judges often do not rule immediately from the bench, preferring to study the issues especially if they are complex.

He is seeking $8.4 billion in damages for loss of property and lost business, even though Hellerstein has limited the amount to the $2.8 billion Silverstein paid for the leases.

In August, Hellerstein denied the airlines’ motion for judgment on whether $4 billion that Silverstein recovered from his insurers more than compensated for the potential damages recovery of $2.8 billion against the airlines, saying it was an issue for a jury to decide at trial.

The attacks prompted the creation of the U.S. Transportation Security Administration, which now oversees security at airport checkpoints.

Hellerstein, who sits in a courthouse less than a mile from the World Trade Center site, has presided over almost all September 11 litigation. Many of those lawsuits, including cases brought by relatives of those killed, people left injured, first responders, cleanup workers and businesses, have been settled.