Virgin America Inc., the low-fare airline partly owned by U.K. billionaire Richard Branson, will trim capacity by 3 percent in the first quarter and is offering voluntary short-term leave to employees to cut costs in the seasonally weak winter period. 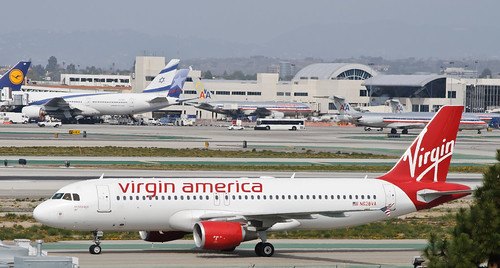 The January to March period is “challenging” for the industry, especially because Virgin America’s coast-to-coast routes often “underperform in the winter months,” Chief Executive Officer David Cush wrote in a letter to employees last week. The airline’s network doesn’t allow it to easily shift planes to shorter north-south “sun routes” that are more popular in the cold months, he said.

“The forecast for the first quarter of 2013 indicates it will be a tough winter for the industry,” Cush said.

Virgin America will eliminate some flights that are traditionally unprofitable during the first three months of the year such as red-eyes and midweek flights, and will restore that service in April when demand typically improves, he said.

The Burlingame, California-based company won’t furlough employees, and is instead seeking voluntary reductions through short-term leave and flex scheduling, he wrote. He didn’t say how many positions are targeted for reduction, and Jennifer Thomas, a spokeswoman, didn’t have a figure to share.

The company has about 2,600 employees and reported a net loss of $31.76 million for the second quarter, 46 percent wider than the same period a year earlier. Virgin America ended the quarter with $82 million in unrestricted cash.

Earlier this month, United said revenue for each seat flown a mile fell 2.5 percent to 3.5 percent for September and Southwest reported revenue on that basis dipped 2 percent to 3 percent.

To contact the reporter on this story: Mary Jane Credeur in Atlanta at mcredeur@bloomberg.net.

To contact the editor responsible for this story: Ed Dufner at edufner@bloomberg.net.