MTA says it wants to be transparent with the process to increase revenue, but no matter how they spin in it, it will be more expensive to ride public transit in NYC starting next March.

The cost of a Long Island Rail Road monthly ticket could jump more than 9 percent for many riders next year under a Metropolitan Transportation Authority fare hike plan that also includes increases on subway fares and bridge and tunnel tolls, the MTA revealed Monday. 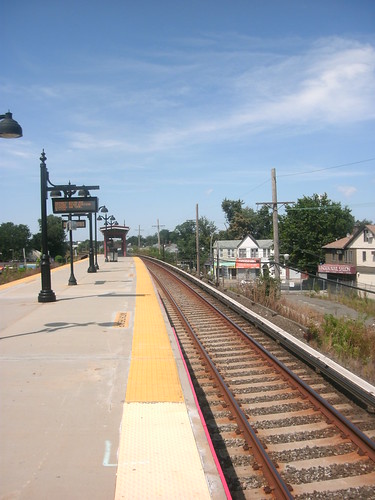 A final vote won’t take place until December and new fares won’t be in place until March. Photo by Adam Moss.

The plan aims to increase fare and toll revenue for the agency by 7.5 percent, but the average increase on LIRR tickets would be from 8.19 percent to 9.31 percent, depending on distance traveled.

LIRR customers would also see the cost of a City Ticket and of a Family Fare Ticket rise by 25 cents.

Public hearings on the new fares are scheduled for next month. The MTA Board will vote on a fare hike plan in December. And, if approved, the new fares would take effect in March.

“The public will have significant input into our decision-making process. In the spirit of transparency, the public will assist in shaping our fare policy,” MTA Chairman Joseph Lhota said in a statement. “These proposals have been designed to balance our need for revenue with public involvement. We need to hear from the public.”

The MTA is proposing various options to increase fares on city subways and buses. Under one plan, the base fare would increase from $2.25 to $2.50, but the 7 percent discount on a MetroCard costing $10 or more would stay in place. The cost of a 30-day unlimited MetroCard would go from $104 to $112, under that plan.

Another plan would set the base fare at $2.50 and eliminate the 7 percent discount. A monthly Metro Card would go up to $109.

The agency also proposed an option to keep the base fare at $2.25, reduce the discount to 5 percent, and raise the cost of a monthly MetroCard to $125 — a 20 percent increase.

A fourth option would keep the base fare at $2.25, eliminate the discount, and hike a monthly MetroCard to $119.

For its bridges and tunnels, the MTA is also sticking with its practice of hitting cash-paying customers harder than those with E-ZPass. On the Robert F. Kennedy Bridge, Throgs Neck Bridge, Bronx-Whitestone Bridge, Hugh L. Carey Tunnel (formerly the Brooklyn-Battery Tunnel), and Queens Midtown Tunnel, tolls would rise 50 cents for E-ZPass users, going from $4.80 to $5.30. Cash customers would see a dollar increase, going from $6.50 to $7.50.