Once residents start shelling out the annual $95 fee for the long-delayed bike share, they should cognizant that’s it’s cheaper (and healthier) than yearly car upkeep or even an MTA card.

In New York City recently, when the government announced the details of its bike share plan, the city collectively whined. An annual membership, which will cost $95, was too expensive. 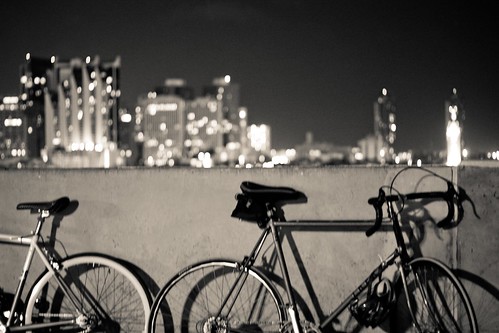 The NYC bike share was delayed this summer and is set to begin in Spring 2013. Photo by Steven Worster.

Americans who are choosing to bike instead of driving are saving huge amounts of money—$4.6 billion, according to the calculations [PDF] of bike-friendly groups.

A ride in a car costs about six times the amount a ride on a bike does…those trips average a little more than two miles, so a bike rider only saves a dollar or so for each individual trip. But over time, those savings add up—like brewing coffee at home instead of buying a venti latte from Starbucks every day.