Instantly, the rebranded Fiji Airways is among the coolest looking on the planet Fiji national carrier Air Pacific, in the midst of a restructuring and to be relaunched as Fiji Airways in 2013, unveiled its new exterior and interior look today, designed to reflect the island’s distinctive heritage. This look will be rolled out for its three brand-new Airbus A330s scheduled to take to the skies next year.

The new aircrafts will fly from Fiji to Australia, Auckland, Hong Kong and Los Angeles. Each of the seats — designed by Zodiac Aerospace/Weber — will have 110v in-seat power and an advanced in-flight entertainment system by Panasonic.

Pics of the rebranding: 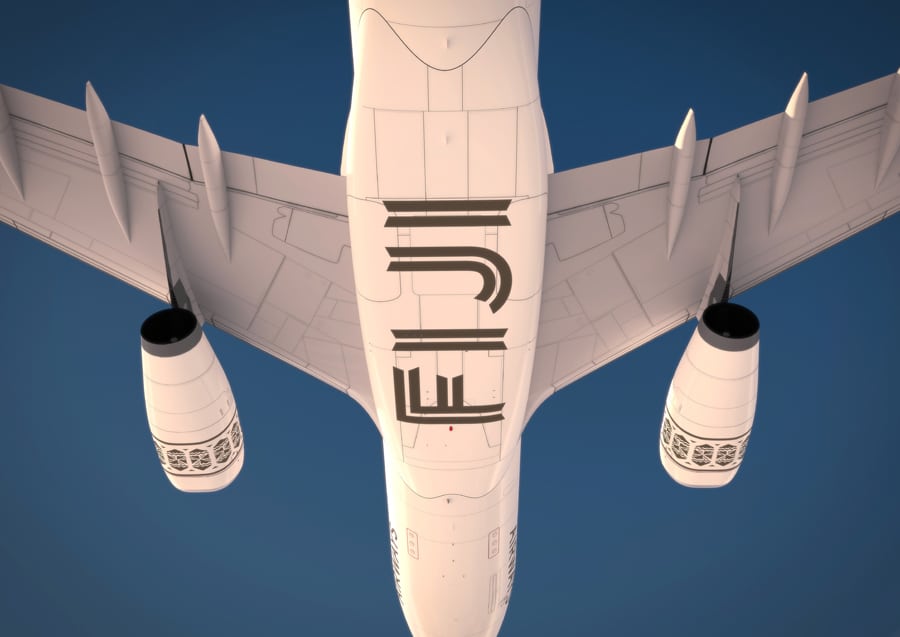 More explanation of these symbols in the company release here.

And the video introducing the new brand and look: