Skift Take
Passengers will continue to exploit the system and disrespect the disabled but the alternative — requiring wheelchair users to prove their malady — is a poor solution.
— Samantha Shankman
Share
Tweet
Share
Post
Send

Passengers with reduced mobility (PRM) are entitled to free assistance, and are permitted to cut queues at the airport.

Support can be requested at the time of booking, or during check-in, but passengers are not required to present proof of disability, prompting unscrupulous able-bodied travellers to exploit the policy. 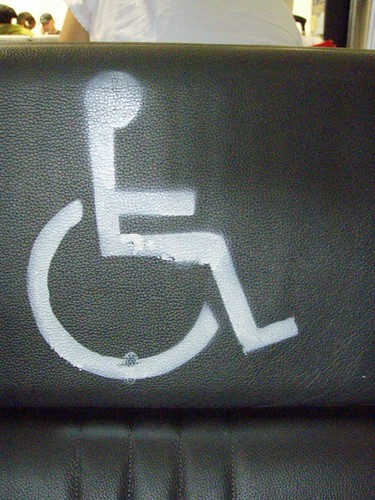 Fliers use a wheelchair to board a flight and walk off fine on these “miracle” flights. Photo by Daniel Lobo.

The practice is becoming so common that airline staff have coined the phrase “miracle flights” to describe how some travellers require a wheelchair to board the aircraft, but depart without it.

“We’d say there was a miracle because they all needed a wheelchair getting on, but not getting off,” Kelly Skyles, an American Airlines flight attendant told the New York Times. “Not only do we serve beverages and ensure safety — now we’re healing the sick.”

She added that disabled travellers are usually the first to board the aircraft, but the last to depart, meaning the deception only benefits the passenger on departure, not arrival.

Evelyn Danquah, who provides PRM assistance for Delta Air Lines, said passengers in long queues will often request help, while some will even attempt to look more convincing by walking with a limp. “When they see that the line is so long,” she added, “they just ask for a wheelchair.”

A Birmingham Airport worker, who asked to remain anonymous, told the Sunday Times: “I’ve seen people sail through security in wheelchairs, then watched them wandering around the shops before being driven to the gate.”

Although national statistics for PRM requests are not available, ISS World, which provides assistance at Stansted, said the number of requests had increased annually by between eight and 10 per cent in recent years.