Social travel without the tech: The human side of Krakow

“I am going to take you to my friend’s studio. It’s quite unusual. I think you’ll like it,” says Ewa, my unofficial guide to Kraków, in one of the biggest understatements of the trip. Leaving the city far below, she leads me up a hillside to an old military bunker tucked away in the leafy suburbs. It looks abandoned at first glance, but then we are greeted by a man who, with his grey beard and sheepskin waistcoat, has the look of an ageing rocker. Hans, a sculptor, has turned this forgotten lookout point into his year-round home. There is no electricity; the inside is lit only by candles. Outside there’s an 8ft-high carved totem pole and the remains of a bonfire from his last all-night party.

What follows is one of those surreal travel experiences, where one new friend introduces you to another and another. Before long we’ve set off through Kraków’s artistic underground. As a CouchSurfer, I am used to finding golden opportunities through strangers, but the unusual thing about this connection is that it came about after I tried to resurrect a 20-year-old tourism project that was, in many ways, the precursor to modern social networking. 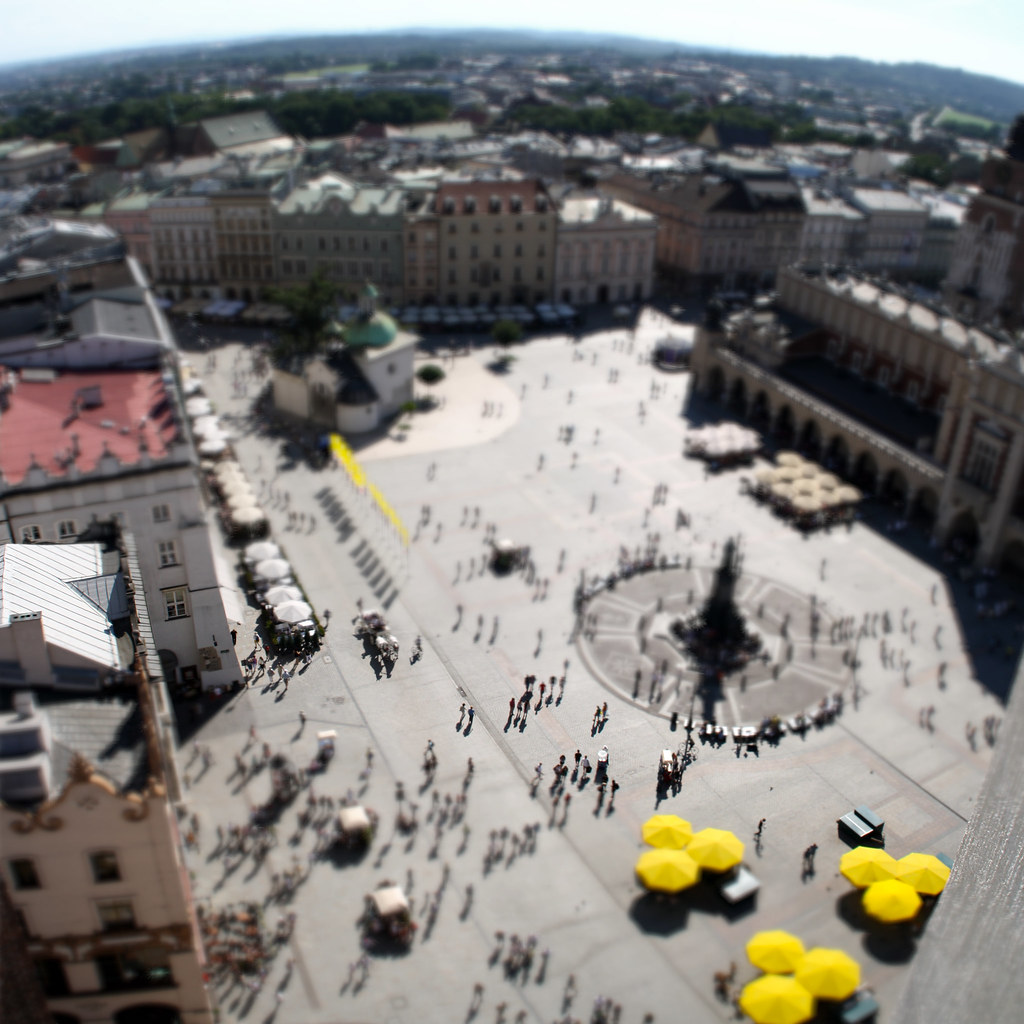 Back in the late 1980s, US-born Jim Haynes, a former bookshop owner and renowned supporter of counter-culture arts, had an idea. Convinced that the best travel experiences come from the people you meet, he set himself a goal: he would match inquisitive travellers with gracious hosts by creating an alternative guidebook. Commercial gain was not a priority, so he started in a country with no travel industry that was still fighting communist rule. Poland: People to People finally hit bookshelves in 1991, the year of the first completely free elections in the country since the 1920s.

Peer-to-peer websites are 10 a penny nowadays, but turning the idea into a book back then was quite a challenge. Jim sent out a typewritten letter through his already extensive network of friends and got it printed it in various Polish publications. The resulting volume looked like a personal address book, with each contact filed under the town they lived in, starting in Augustów and ending in Znakowo. The cover price of £6 bought you the contact details of 1,000 strangers.

Jim gave me an out-of-print edition at one of the open-house dinners he runs every Sunday at his Paris home. It was like opening a little time capsule. Intrigued by the idea of taking modern networking back to its roots, I wondered whether, 20 years later, Jim’s hosts would still be willing to greet an unknown visitor from overseas?

But first I would have to track them down. Details were sparse. There were no photos, just contact details, date of birth and a very short profile. “I live in Kraków and I am a man of Kraków,” read one rather unhelpful entry. I had to remind myself that this generation was not used to writing pithy bios, as we do nowadays, from Twitter to dating sites.

At first I planned to communicate only by post and sent several letters before realising I lacked the patience. Feeling a little guilty, I opted for the 21st-century solution: Googling names at random. Many were dead ends; some seemed to be the Polish equivalent of John Smith; others simply never responded. But gradually people came out of the woodwork and I received various slightly stunned replies. Before long I had meetings arranged in Kraków and Gdansk.

It is my first time in Poland, and Kraków is undeniably impressive. The picture-perfect main square – Rynek Główny, one of the biggest in Europe – is lined with Renaissance buildings, lively street cafés and golf carts waiting to take tourists around town. I skip the organised tours, though, and head off to meet Wladek, a 50-year-old academic whom I have tracked down via his university. We meet in a 19th-century bohemian café, Jama Michalika (Florianska 45, jamamichalika.pl), which is all stained-glass windows and theatrical velvet drapes.

“During the communist times, it was notorious for having the worst possible service,” he tells me, laughing as an ultra-polite waitress sets down our ice cream sundaes.

Wladek has hazy memories of the people he met through the book, but says he enjoys the company of visitors, as they are curious and interested in others. He shows me old photos and speaks of how life has changed. His 15-year-old son Wojtek, who joins us after school, seems slightly bemused by the whole idea but is happy to accompany us to an old milk bar, U Stasi (Mikołajska 16), one of the few no-frills cafeterias that has survived the years of change. Naturally we order pierogi – the famous Polish dumplings – and are served a plateful that should keep any tourist going for days.

The next morning I have my impromptu bunker adventure with Ewa, an artist I found after contacting various local galleries. She invites me for dinner at her home with her family and we spend the evening looking through her canvases. She even finds the original typewritten letter Jim sent in 1989 to introduce the project.

I’m charmed by Kraków and reluctant to leave, but I already have my next meeting arranged a 10-hour train ride away. Gdansk, with its immaculately renovated buildings and tourist-filled streets lined with little boutiques, is clearly a world away from the city it was in the 1980s. I have arranged to meet Krystyna in Brovarnia (Szafarnia 9, brovarnia.pl), a stylish waterfront restaurant in a converted granary.

“History is coming back to me,” she says as she flicks through the book. In the 1980s she was a freelance interpreter, working with major media to cover the shipyard strikes that led to the fall of the iron curtain.

“When the TV crews came to Poland, they all said: ‘Wow, it is a totally different place from what we imagined’, but then when it came to filming, they went looking for women with handkerchiefs on their heads and horses with carts. I suppose I wanted to meet people so I could subvert stereotypes and show that not all the pictures you have in your head are real.”

Krystyna’s stories about the strikes have me gripped, but eventually I have to head off to meet my final contact. Mariusz made himself easier to trace after dropping a key clue on his original profile: “I just made my own sailboard.”

Was he, I wondered, the silver-haired man I find in various online windsurfing action shots? Could he have gone on to become a sailing coach for the Polish Olympic team?

“Sure! That’s me. I remember this book!” he replies to my tweet. “There are people from the States who visited, with whom my (now ex-) wife is still in contact!”

Mariusz spends the best part of two days taking me to a wind- and kitesurfing competition in Rewa, a former fishing town that has become a watersports hotspot. By the time I pack up and leave, I feel my quota of Polish hospitality may have been exceeded. But I’m wrong: one last email lands in my inbox.

“It’s me, Agnieszka,” it begins. “The girl who lives in my old apartment in Gdansk sent your letter on to me in Sweden.”

I get a little buzz of excitement from knowing that one of the few letters I posted made it to its intended recipient. She tells me of the “great adventures” she had through the book, before inviting me to visit her new home in Scandinavia. People to People lives on, it seems. I know Jim will be delighted to hear it.

For more on visiting Poland, see poland.travel. Read about Jim Haynes’s life and works on jim-haynes.com. Vicky Baker is currently producing a documentary based on this article with Brave Spark Media