Following approval from a federal appeals court in February, Arizona Snowbowl, a ski resort in Flagstaff, Arizona, will soon become the first in the world to use 100 percent sewage effluent to make artificial snow. 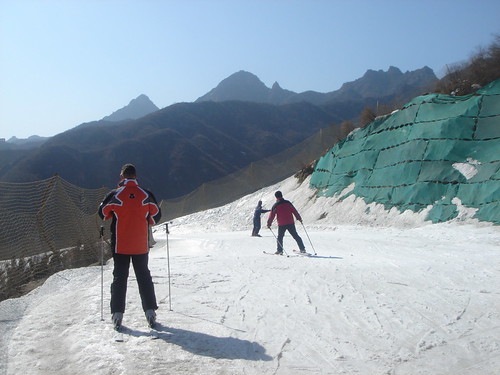 The resort plans to keep skiers on the slopes from November to April. Photo by Marc vanderChijs.

While the repurposed wastewater will allow the resort to stay open longer (and subsequently make more money), the idea of sewage snow has drawn criticism from both Native American tribes that feel the land the ski resort sits on is sacred and environmental groups that worry about the snow’s effect on human health.

The United States Forest Service, which owns the land where the ski resort is, attests to the safety of the manufactured snow.