Skift Take
The privatized train industry is reportedly enjoying half a billion of UK taxpayers’ dollars to make up for revenue shortfalls. Perhaps another department shakeout can cover up this issue as well.
— Samantha Shankman
Share
Tweet
Share
Post
Send

The amount now being received by eight operators has gone up by more than 50 per cent in two years because of inaccurate projections of passenger numbers by officials at the Department for Transport and rail companies. 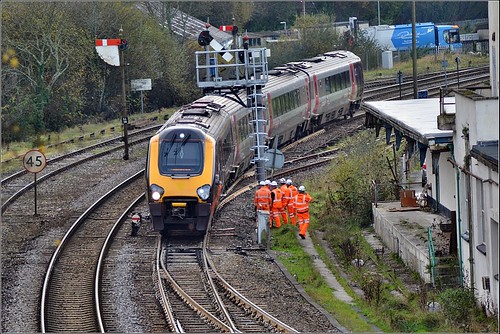 The UK rail franchise program has been hitting some operational speed bumps. Photo by Robert Pittman.

These disclosures will heap further embarrassment on the Government which was forced to rip up the deal transferring the country’s busiest rail route, the West Coast Main Line, to First Group.

In all eight train operators are now receiving “special measures” or taxpayer support because the original bids to run the lines, which were accepted by the Department for Transport, were found to be overoptimistic.

The subsidy has risen from just over £291 million in 2009-10 to £451 million according to the latest figures, representing a 55 per cent increase in just two years.

Much of the increase is as a result of the economic downturn and a system which sees the Department for Transport share the risk with train operators.

The complex franchise agreements, put in place after the rail industry was privatised, mean that rail firms are guaranteed a certain amount of income and if that target is not hit the Government makes up part of the shortfall.

But if the revenue is higher than expected they pay some of the surplus to Whitehall.

Franchise agreements can now run for 15 years and the forecasts about revenue are based on projected passenger numbers and the fares they will pay.

According to the latest figures revealed in a written answer to Lord Bradshaw, a Liberal Democrat peer, eight train operators are now being bailed out by the taxpayer.

They include Sir Richard Branson’s Virgin Trains, the company which was ousted in favour of First Group, in the deal which the DfT was forced to rip up on Tuesday.

Other beneficiaries are First Great Western, First Capital Connect, Southeastern, South West Trains, East Midland and Cross Country. Southern is due to get support from next September.

Bob Crow, the leader of the RMT transport union, said the figures showed how the taxpayer was being “ripped off” by train operators.

The disclosure will raise further doubts over the franchising system, which was thrown into disarray, by the scrapping of the West Coast deal and suspension of the next batch of contracts while an inquiry is carried out.

It will also raise question marks about the viability of the Coalition’s strategy of offering train operators longer term franchises, which could leave the taxpayer exposed to even more risk than currently.

In addition opponents of plans to build a new high speed rail line from London to Birmingham and beyond, seized on the shambles to call into question the DfT’s economic justification for the £33 billion project.

Mr Crow added: “The expensive shambles of rail franchising extends well beyond the fiasco on the West Coast mainline as these figures show that a majority of the UK’s rail routes will soon be on corporate welfare due to a mixture of bogus train operator projections and government and departmental incompetence.

“Hundreds of millions of pounds that could go towards improving our railways or keeping down fares is being soaked up by this racket which is lining the pockets of the private rail companies at taxpayers’ expense.”

“Revenue share and support mechanisms are standard in all rail contracts which allows the Government and the train companies to share the benefits and risks of operating services.”