Skift Take
Despite the overall economic effects that a deflated drachma would have on Greece should it leave the Eurozone, plummeting prices would at least keep the country’s profitable tourism industry afloat.
— Samantha Shankman
Share
Tweet
Share
Post
Send

A Greek exit from the eurozone would result in cheaper holidays and a boost for tourism to the country, according to a leading financial expert.

Graham Pickett, representative for aviation and travel at the financial firm Deloitte, said that a Greek exit was “inevitable”, and suggested that a much-needed influx of foreign holidaymakers would follow. 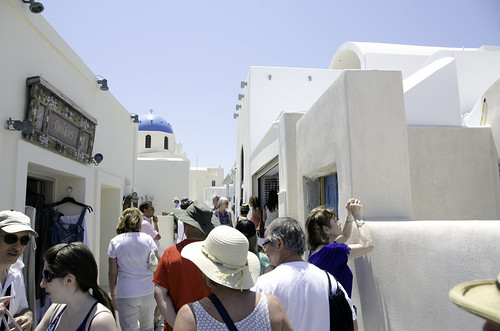 A financial expert claims a Eurozone exit would benefit the Greek economy with a boost in tourism. Photo by Bruce Harlick.

“There’s an election coming up in Germany [in 2013],” he said. “Are they going to continue putting their hands in their pockets to support Greece?

“There would probably be some civil and political unrest [should Greece leave the euro], but the travel industry will do very well out of it. We’ve seen this summer that tourism to Greece has picked up because people think they can get a cheaper holiday.”

Greek officials predicted in June that foreign arrivals would fall by 15 per cent in 2012, compared with last year, but that figure was recently cut to just five per cent.

Unrest this year led to reduced prices at many hotels and holiday apartments, and this would probably be the case again should it fail to solve its debt crisis.

It has also been suggested that, should the drachma make a return, its value would quickly plummet, meaning prices on the ground would be even cheaper for visiting holidaymakers.

Mr Pickett’s comments came as thousands of Greeks took to the streets this week to protest its government’s ongoing austerity measures. He was appearing alongside representatives from Virgin Atlantic, Monarch and EasyJet at the Travel Weekly Business Breakfast, hosted by the Telegraph.

Tourism accounts for around a sixth of Greece’s GDP, so any increase in visitors would provide a timely boost to the economy.