Skift Take
Pet travel, a huge and fast growing sector of the industry, will get an even bigger boost when a marquee airport like JFK creates such a facility. And of course a big source of future revenue for airports as well.
— Samantha Shankman
Share
Tweet
Share
Post
Send

A new $32 million facility that will provide kenneling, grooming and other services for about 70,000 domestic and wild animals a year is going to be built at the airport. 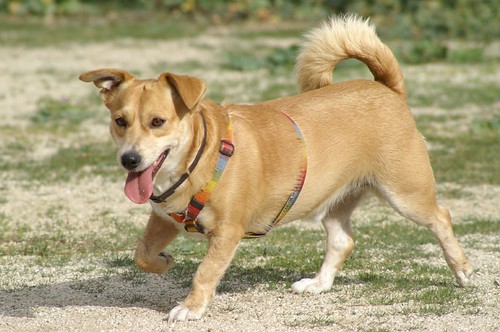 Officials expect the project to create $50.5 million in economic activity over the next 20 years. Photo by Ferran Pestana.

ARK Development LLC will use Building 78 at JFK, which is currently empty, as well as 14.4 acres of the grounds for the project. It will have kenneling and grooming services for dogs and cats, as well as a quarantine area for horses, an aviary, lawn space, a veterinary hospital and rehabilitation center.

The Port Authority of New York and New Jersey, which operates JFK, approved the plans on Thursday.

“While most of our airport passengers walk on two legs, this new center will serve the important travel needs of our four-legged and winged friends, while helping to create regional jobs and significant revenue for the Port Authority,” said Pat Foye, executive director of the Port Authority.

Officials said the project would create 190 jobs, and create $50.5 million in economic activity during a 20-year lease period. The Port Authority said it expected to get more than $108 million in rent over that time frame.

ARK is expected to spend $30 million for a main center which will be 108,650 square feet. Another $2 million will go toward a cargo handling facility that will be 63,515 square feet.

The Port Authority said the new facilities will take over and expand the services currently offered by Vetport, which is in building 189 at JFK.

Officials said the new setup would be larger than animal facilities that are currently in use at the airports in Los Angeles and Miami.