Skift Take
At the center of a political conflict between the ousted president and new leader are religious regulations that could hamper the islands’ image as an oasis and drive away its steadiest source of revenue.
— Samantha Shankman
Share
Tweet
Share
Post
Send

Growing Islamisation could lead to the banning of spas, same-sex beaches and alcohol from holiday resorts in the Maldives, the country’s former president believes.

Mohamed Nasheed, the Maldives’ first democratically elected leader, who was ousted on February 7, said the influence of hardliners in the current coalition government, led by the former vice-president, Mohammed Waheed Hassan, and including the Islamic Adhaalath Party, could have a dramatic impact on the future of tourism in the archipelago. 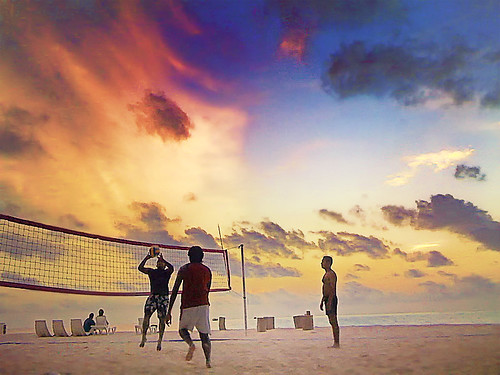 Tourism accounts for a third of the Maldives’ GDP. Photo by Badruddeen.

“I think that is the direction we are going,” he said in an interview with Telegraph Travel. “They are talking about alcohol-free resorts, about getting non-drinking tourists to come in from Iran. I can easily imagine holidaymakers being prosecuted for kissing in public, as in some Muslim countries.”

Referring to a recent campaign by the ministry of Islamic affairs aimed at strengthening “Islamic values”, he said: “Public dancing, singing and spas have been banned in Malé [the capital city]. But un-Islamic behaviour is un-Islamic behaviour whether it is in Malé or in a resort.

The Maldives, a popular destination for honeymooners, is generally considered to be more tolerant than other Muslim countries, but recent evidence appears to suggest otherwise.

Last week, following the appearance of the controversial video Innocence of Muslims on YouTube, there were angry protests in Malé that culminated in the burning of an American flag. Earlier this month a court ordered the public flogging of a 16-year-old girl.

Any attempt to ban alcohol or spas would be widely resisted given the reliance of the country on tourism, which accounts for about a third of the Maldives’ gross domestic product.

Earlier this year, Ahmed Adeeb Abdul Gafoor, the minister for tourism, ruled out bans on spas or restrictions on the sale of alcohol in holiday resorts. The government has also sought to play down the Islamic affairs ministry’s campaign.

Mr Nasheed – who became president in 2008, ending the 30-year authoritarian rule of Maumoon Abdul Gayoom – maintained that his overthrow was the result of a “coup”, led by Mr Gayoom and backed by a handful of holiday- resort owners, and dismissed a recent government-led inquiry into the events of February 7, which found that the handover of power had been legitimate.

Mr Nasheed also expressed concern at the behaviour of the government’s security forces – an issue that has been raised in recent reports by Amnesty International and the International Federation for Human Rights. Both organisations have highlighted the violent repression of pro-democracy demonstrations, while contending that freedom of assembly, press and speech are being eroded. Doubts have also been raised about the recent reappointment of several politicians who held power under Mr Gayoom, at a time when Mr Nasheed’s Maldivian Democratic Party (MDP) is being marginalised.

Mr Nasheed urged holidaymakers to avoid those resorts whose owners he alleges were responsible for his downfall, but backtracked on calls made earlier this year for a complete tourist boycott.

“[The resort owners] didn’t want anyone else to touch what they can tap. They also opposed our social-protection programmes, which meant ordinary Maldivians no longer had to beg resort owners for help,” he said.

“I ask people to avoid resorts whose owners are in government; look for political leaders who have tourism interests. Before you book your hotel or resort holiday, just read about the Maldives. And write to your foreign minister or MP and tell them about what is happening.”

Mr Nasheed was in Britain to lobby the Commonwealth Ministerial Action Group to keep the Maldives on its agenda and to ensure that elections – scheduled for next summer – go ahead.

He and several other members of the MDP are awaiting trial over charges relating to Mr Nasheed’s ordering of the arrest of a judge last year, a move that sparked several weeks of protests that culminated in his overthrow.